Smart grids have become very popular over the passage of years. They have helped improve the transmission and distribution of energy. They have proved to be dependable, flexible, efficient, sustainable and customer friendly. Both the suppliers and the customers are benefitting from the efficient smart grid technology.

Many on-going projects are working in improving the technology further. And also to address the concerns of the customers with regards to security and other matters. 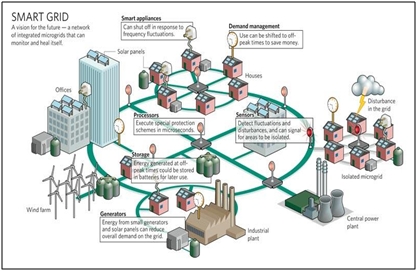 The technology on which the smart grids have been developed is depending on the following factors: 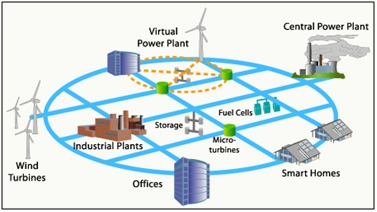 The smart grid properties have been joined with those of super grid to form a super smart grid. It is a wide area electricity network which has been developed on hypothetical basis. The use of the term super grid dates back to the 50’s when Europe was combining its grids and is the largest grid till date serving 24 countries. Then later in 60’s Great Britain talked about joining its grids. Consideration of combining a grid able to serve 13 time zones is also going on.

So far the system has not been possible because of the network and transmission complexities and the non-availability of a fast, effective and regulated control system.

A centralized and another de-centralized supersmart grid are two methods which are talked to be opposite but still important to exist together. The main purpose of super smart grid is to merge the two concepts so that a completely decarbonized electricity system could be developed.

Through SSG a communication line will be formed between the producer and the consumer along with the additional features of being cheap, greater ability and also less electricity loss during transmission. The transmission of the local grid and the distribution network is utilized by the smart grid to synchronize into a single cluster the distributed generation, the consumption and the storage of the grid. This whole network is taken by the super grid to be a virtual power plant.

The application of SSG first requires the installation of high voltage direct current (HVDC) cables for transmission. The old grids would remain as such with a slight change of being upgraded. First generation employment of the SSG was done to incorporate into the electricity market of Europe and connect it to regions in its neighborhood such as North Africa, and also to reach their huge amount of renewable energy resources which failed to be unlocked through other projects.

A project has been proposed utilizing SSG which is expected to be completed in 2015. The project has been put forward by Airtricity previously known as eirtricity (Irish farm developer) in collaboration with ABB, a Swiss engineering firm. The aim of the project is to build up a connection which will start from the Baltic Sea and would extend southward to Spain, also providing service to areas within the start and end point. This would be made possible using undersea cables in between the regions. It will be capable to connect a group of wind parks with capacity 10,000 megawatt and will be attained using two 5000 megawatt lines.

A very first part was published last time: “Smart grids characteristics and future horizons“. This article is the second part, do you have any questions?