Smart grids have been talked about for as long as 1998 but 2005 was when the real work on smart grids started. Smart grid can be defined functionally, on technological basis and also on benefit-oriented basis. 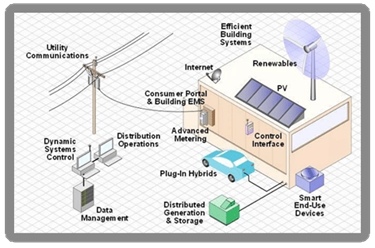 However the main idea on the word can be understood from the fact that smart grid is the use of the digital process data and communications data in the power grid so that the smart grid becomes the basis of information management and data flow. Using digital technologies in the power grids and the continuous input of new data into the system is what makes smart grids design so popular.

Transformations are nowadays found of three types. The first is the strong grid which involves the improvements required in the infrastructure of the system. The next is the smart grid whose core is the addition of a digital layer. The last is the business process transformations, highly important because of its involvement in the capitalization on investments.

The system updates that have been done in the electric grid at the sub-station level and the use of automated distribution system, all comes under the shadow of smart grid. New works are also, however, being done.

Smart grid offers a complete solution for the problems being faced in the electrical supply. Smart grid has found to be equipped with a number of characteristics, a few of which are being mentioned below. 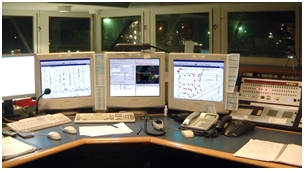 To reduce the consumption of energy during peak time something known as peak leveling is employed. The price of the energy is increased during the peak hours of energy usage and decreased during less usage hours. The customers are informed of the prices. The customers then use less energy during peak hours so the load is automatically reduced on the lines.

Continuous research is going on smart grids to improve the tech further. Many projects have been initiated on these lines. Some major programs in line include IntelliGrid, Modern Grid Initiative (MGI), Grid 2030, GridWise, GridWise Architecture Council (GWAC) and GridWorks.

All these programs are involved in funding R&D, in developing a communication network between the various bodies involved in the energy sector including the suppliers, customers, researchers, educational institutes and government agencies and to improve the transmission, generation, storage and end-use of energy. 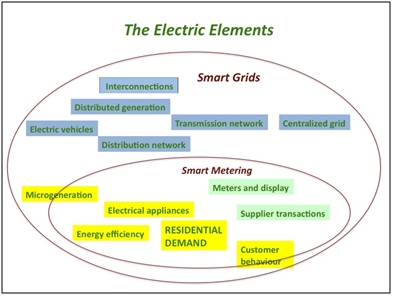 Smart grid modeling is a very complex process and cannot yet be defined to be a specific process. Its relation has been found with ecology, human cognition, glass dynamics, information theory, cloud microphysics and many others. Analysis have been done in which they have been compared to complex biological systems, neural networks, to Kuramoto model, random fuse networks and entropy.

People have shown some reservations in the usage of smart grids. Like,

Another very genuine concern is of the infrastructure security with regards to cybercrime. The communications tech being used in smart grid can be very easily manipulated through this way.

People can also manipulate the tech to steal electricity by altering the meter to report less energy consumption and vice versa.

See you on next tuesday for the second part of this article about Smart grids.