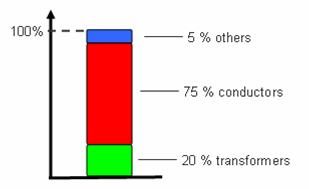 Do you realize that power losses in a electrical installation could represent up to 7 %  of the electrical consumption ?

LV cables and transformers are the most contributors to these operating losses, around 95 % as shown here below

Of course, low losses transformer can be used to reduce the energy dissipation, a study should then be done to assess the payback period.

There’s also one rule that is sometimes forgotten during the design, it’s mentioned in some standards (French standard – NF – C15-100) or codes of practice: place the transformer and the main low voltage switchboard as close as possible to their load centre (centre of gravity of the consumers).

Most of the time,  you can reduce up to 30% the losses and consequently carbon emissions while using less cables that’s to say less investment costs. For example, the design in such a way for a food and beverage plant will save 120 k€ over 15 years and to divide almost by 3 the quantity of installed cables.

However, it’s not always possible to choose the location of the transformer and the main switchboard because it’s sometimes imposed by the architect but this rule can also be applied to the sub-distribution boards, and contribute then to reduce the power losses between these switchboards and their supplied consumers.

An electrical Software such as ID-Spec Large can help to determine the best location of the electrical equipment according to the implementation of the consumers on the CAD building layout (see the blue circle that represents the load centre of the MV/LV substation) and give an indicator of the quantity of cables during the design of the electrical installation. 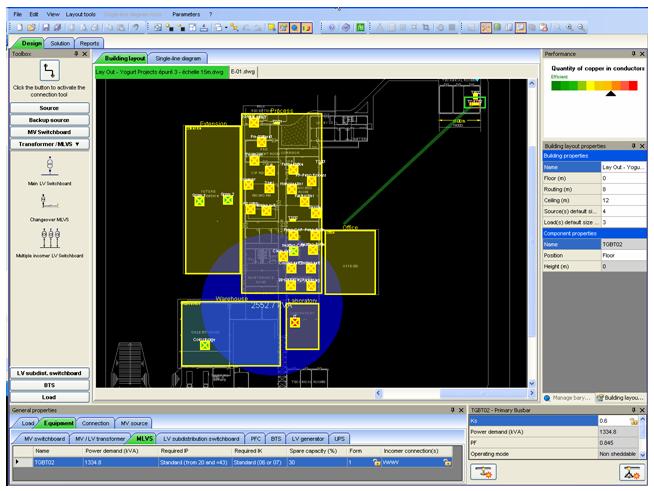