Today we’re glad to show you this article by A.N, our fellow member of the community. You still can send us your essays by mail. Enjoy!

Load shedding in electrical supply networks is a controlled process in which the utility company drops off part of the load in order to balance the demand and the generated capacity. This is often done whenever there is excess load on the system. In standby generators, it involves disconnecting or shedding some circuits to prevent an overload condition. 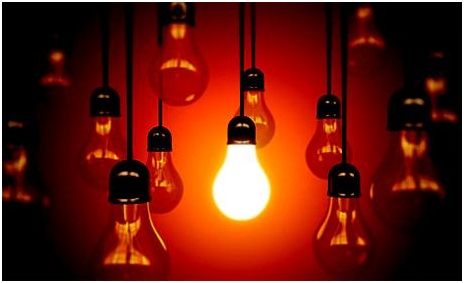 Power companies are required to supply sufficient energy to meet installed capacity. However, the demand may become inconsistent during peak periods. Whenever the power generated is insufficient to support the load, the electrical supply and distribution system becomes unbalanced and unstable.

If not controlled, the system can collapse and cause a total blackout. In such a situation, it may take hours or days to restore back the power. The utility monitors their systems and compare the load against the supply. If the difference between the two gets very narrow, some of the sections are disconnected so as to prevent the system from becoming unstable.

In power systems, an excess load puts a stress on the generating equipment. It slows down the prime movers, associated generators and other parts of the system as they attempt to cope with the excess load. This leads to a combination of events including power swings and overloads which can cause the system becoming unstable. Some of the parts such as protection systems may interrupt the supply due to the excess current resulting from the overload.

The higher load may also lead to a lower generating and supply frequency. Even though the hydro generating systems can tolerate up to 10% frequency change, the thermal generator’s operation will be affected since they are more sensitive. A five percent decrease can reduce the generated power significantly due a decrease in the energy to the turbine generator.

The reduced frequency can damage the steam turbines as well as the frequency sensitive load. As such, most generator systems incorporate under-frequency relays to automatically disconnect some of the excess load.

Why the electrical supply capacity is less than demand

The causes of insufficient electric energy are numerous and ranges from increased developments, policy issues, technical issues, management, corruption and inefficiencies and more.

Inefficiency and lack of maintenance of generating and distribution systems

Lack of maintenance of the generating and distribution systems as well as other factors may lead to malfunctioning generators and losses in transmission and distribution systems, leading to significant power losses. This leads to low output which cannot cope with the installed load. However, if the systems are well maintained and losses minimized, the losses can supply extra load.

Other factors that will cause installed capacity to deliver less power are lack of skilled labor, use of outdated facilities and installations that degrade the delivery of the power to consumers.

With urbanization and over-reliance on technology, the demand for electricity increases rapidly and the generating companies must increase the supply to keep up with the demand. If this does not happen, the load may exceed the supply and cause instabilities.

When people get access to more income, their improved living standards allows them to use more electricity. They require services that rely on electricity as well as acquiring more electrical appliances for the home, in addition to using more gods which directly means that manufacturers must use more energy to produce the goods.

If the generating companies haven’t factored in future growth, it becomes a challenge to meet an unexpected increase in demand. The load shedding could probably be used temporarily, but it becomes a problem if nothing is done to improve capacity and instead turn to the shedding as a permanent solution. 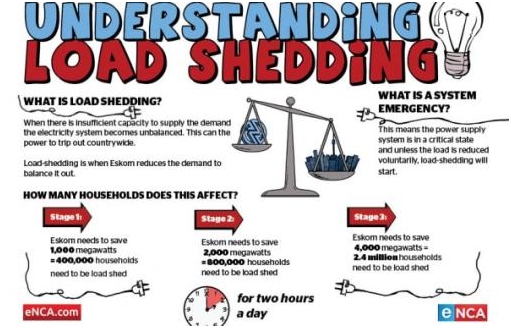 Load shedding impacts negatively on consumers and in particular the manufacturers and industries that rely on electricity.

Electrical load shedding is a method of reducing the demand on the electricity generation and achieved by switching off some loads or energy supply to some geographical areas. This is usually a last measure by the utilities, and often implemented to prevent overloading the generating systems and eventual collapse of the entire power system.

Load shedding is one of the last things that a utility company should look at. It leads to frustrated customers and loss of revenue for the consumers as production drops. In addition, it may cause equipment damage.

Electricity companies should ensure that they have enough capacity to meet normal and peak demands. This can be achieved by planning for future electricity demand and progressively upgrading the generating equipment, maintain existing systems, reducing transmission losses and increasing efficiency in the entire system.

Did it help? Tell us in the comments below!