Here’s an article by B.Q., one of the members of the Electrical Engineering Community. He kindly sent us this essay last week and we thought it would be nice to share it with you all! Want to be published too? Reach us by mail

By definition, “a circuit breaker is a protective device that operates automatically”. Certain fault conditions can actuate a circuit breaker resulting in a discontinuation of power supply to the relevant circuit or device. 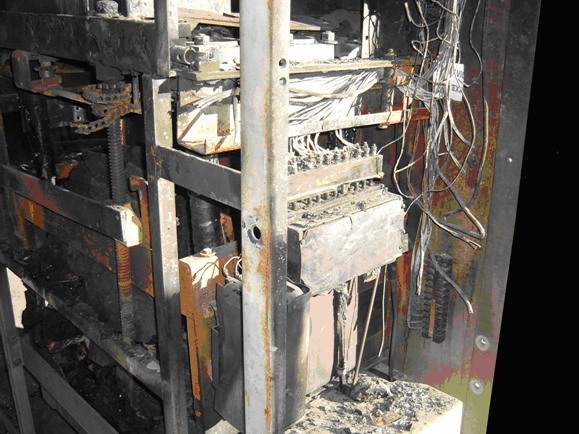 Circuit breakers are an integral part of the electrical systems and their application differs with respect to the scenario. They are also used for planned electrical isolation of a system or equipment.

Any Electrical protection system and the scheme are designed by the incorporation of several devices like Fuses, relays, CTs, PTs etc.

However, it is a circuit breaker that acts whenever a fault signal is picked and relayed by any sensing element. Whether it’s, overload, ground fault, under/over frequency, short circuit – the affected electrical system gets de-isolated by means of a CB.

There are several factors which can lead a circuit breaker to a point where it becomes ineffective. MV and HV CBs often comes with electro-mechanical parts, motors, and other auxiliary equipment. Their internal mechanism requires proper maintenance for optimal performance. An eye should be kept on their wearing and tearing as well.

Following are some common factors which come with a potential of harming circuit breakers:

Well, the operation of any electrical system with a faulty CB endangers the entire system and other associated load as well. In domestic systems, electrical fires are generally attributed to the failure of CBS. When it comes to the LV and HV systems the stakes are even higher.

A breaker that cannot perform and trip open as per the designed scheme could worsen up the situation. Overheating of a breaker could affect other breakers, instruments, and cables in the panel.

An example from the industry

Consider a medium voltage 400V electrical generator driven by a diesel engine and exporting power via Generator Circuit Breaker (GCB). Now in a case of an electrical fault, the generator should trip while initiating a trip command to the GCB. Here comes the crucial part;

In this case, if the Generator Circuit Breaker fails to trip open than the said generating unit will become a subject to the “Reverse Power”. Subsequently, active power will pass on to the windings resulting in its “motoring”. This phenomenon is quite dangerous and can cause severe mechanical damage to the prime mover which in our case is a diesel generator. 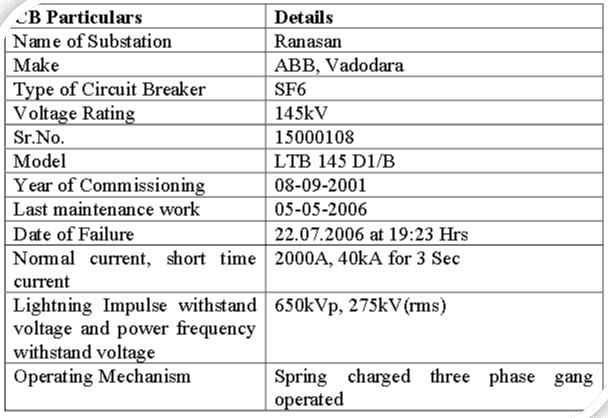 A model datasheet of an HV Circuit Breaker

The Preventive Maintenance of CBs is a good idea! 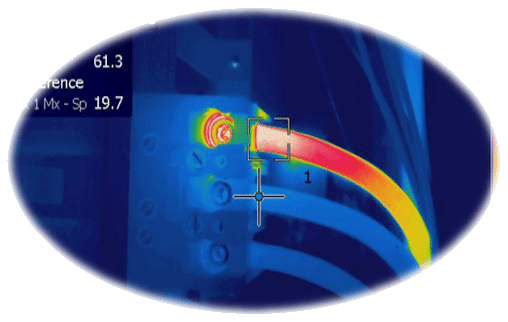 As we all understand and acknowledge, circuit breakers do have a very critical role to play. We simply cannot rely upon degrading, faulty or erratic breakers as their one-time failure could lead us to destructive outcomes.

The preventive maintenance or routine maintenance enables us to ensure that the Circuit Breaker is healthy and ready to perform its Protective Function.

Let us share some of the most common tests recommended during the routine maintenance;

Maintenance work should never be considered on live circuits and online breakers. Visual inspections and infrared thermography, however, can be done on live systems. Always cut off the upstream source of power before starting your activity as shown in the image below; 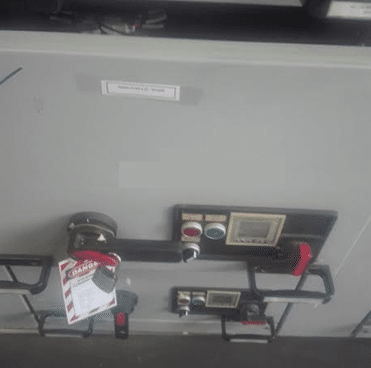 Any maintenance activity on the equipment installed at the downstream of this breaker is safe because; it is properly racked out, logged and tagged out. There is no chance of an electrical shock or short in this case as the primary and secondary (source and load) terminals of this breaker are completely disengaged.

REMEMBER – some breakers are fed with a separate AC or DC control supply as well. A supervisor from the electrical team should make sure that there is no auxiliary supply intact before the commencement of the maintenance job.

Thanks for your attention,
B.Q.

Your thoughts on B.Q.’s first article for the blog? Share your impressions below!