What happens when a MV AutoTransformer misconnection and a LV breaker hooked up to an inadequate wire size meet? FIRE! Here’s a story that D.Ros, an electrical engineer based in Germany, kindly sent us. Read below the details on the day his electrical installation caught fire.

Enjoy and please note that the aim is not to denounce but to understand better the situation so that you all can be careful in the future during your own electrical projects.

Hi I’m D. and today I wanted to share a story with you all. The day when my electrical equipment burnt!

The consequences of not keeping appropriate documentation often lead to extra work in reverse engineering of the equipment or even dangerous mistakes in its usage.

As an example to illustrate this matter, I would like to share my experience in the start-up of a mineral processing facility in Mexico, whose most of the electrical equipment was refurbished; bought from a similar Canadian facility that recently had stopped operations.

Within the medium voltage electrical installation, an auto-transformer was installed for the start-up of a high horse power synchronous motor. Briefly, for this application, the autotransformer is used to minimize the motor’s inrush current and voltage dip on the power system. To make use of the autotransformer, contactors need to be triggered in sequence to gradually short the impedance between the mains and the load. 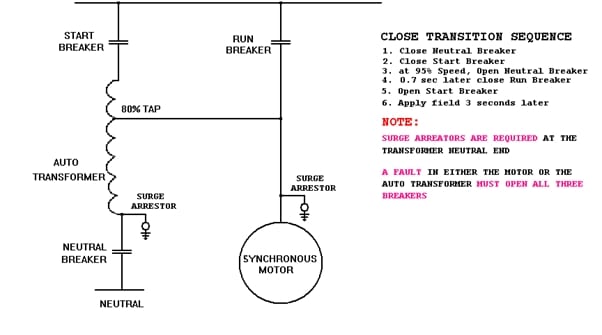 Even though the setup might look straightforward, auto-transformers are often customized to meet the needs of their loads; which can be as simple as adjusting their tap or even as intricate as rewiring contactors to perform another sequence. 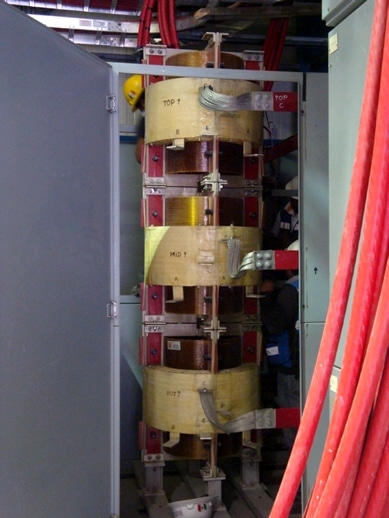 In this start-up, I oversaw the commissioning of the synchronous motors. Many red flags arose during the start-up of this motor with auto-transformer assisted startup. Usually the contactors in the auto-transformer are hard wired to interlock themselves from shorting the mains, yet these were unwired; perhaps for shipping and import/export purposes. The controller of the auto-transformer’s contactor was also being replaced by a newer one, which meant that the control logic had to be rebuilt and I had no record from the previous control program.

The difference in electrical bus system’s frequency (50 Hertz in Canada, whereas 60 Hertz in Mexico) would result in a different behavior of the electrical motor, which certainly meant adjustments to the auto-transformer’s configuration would be required. Furthermore, there was not an appropriate set of engineering drawings to execute these tasks accordingly. All this topped off with the pressure of meeting tight deadlines for the mineral processing facility’s start-up; as often project managers, unfortunately, assume reusing existing equipment means only a plug and play procedure.

During the rewiring of the contactors, in a more executive rather than technical decision, to avoid completely disassembling the auto-transformer’s setup, I overlooked the assumption of the field technicians that the terminals of all the contactors followed the same convention; which is a common practice. However, my team failed to notice that one of the contactors appeared to be slightly newer than the others, which would have suggested the idea that some modifications were made to the original setup and needed to be further looked upon. 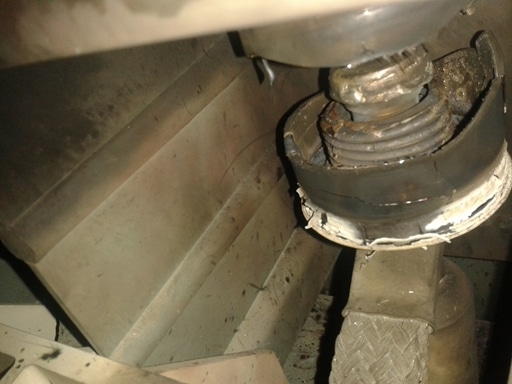 The misconnection resulted in a solid short between the medium voltage line phases, which lead to the blowing up of the vacuum contactor bottles and the melting of the copper wire (where it meets the crimp connected to the vacuum contactor’s terminals); luckily the contactor’s vacuum bottles quickly fused the short that could have resulted in a much worse scenario, as usually the windings’ insulation of the auto-transformer melt, which might lead to a fire.

This considerably delayed the start-up as spare parts had to be procured and the integrity of the wires had to be evaluated. Nevertheless for engineering’s sake, I caught my team some slack to further analyze the setup and develop a robust solution. 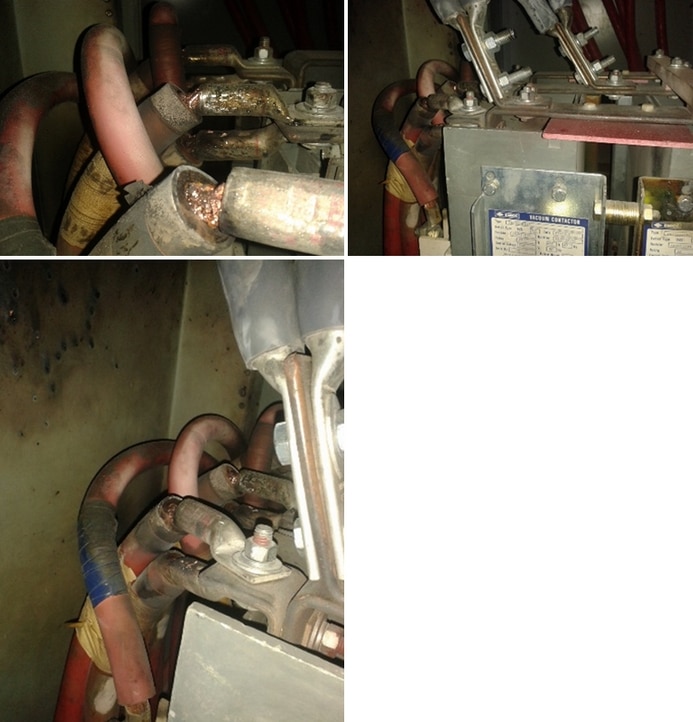 Thank you for reading my story!

Has your electrical installation ever caught fire (the cause has to be electrical)? Please share your story below in the comments section!