Engineer MB lives in Pakistan and sent us an article about load shedding and load scheduling. He was questionning about: “When will we say goodbye to load shedding?” and kindly accepted to share his thoughts with us.

If you want to share your thoughts, debates, review or any other content related to electrical engineering, send us a mail. 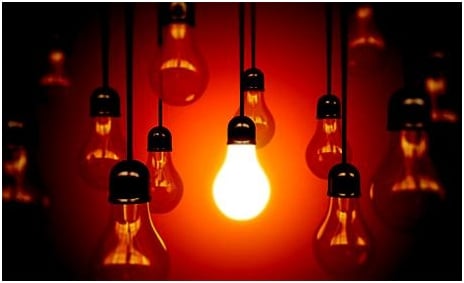 Pakistan is one of the countries facing worst load shedding in peak summers when everything seems to melt due to severe heat waves.

It has not only affected the lives of the locals but has also severely hampered industrial operations that directly contribute to the GDP. We live in a country where the international debt is rising like un-treated cancer and development projects are delayed due to lack of electrical power availability.

Except for a few distribution companies (DISCOs) who have scheduled load shedding, most parts of Pakistan faces un-announced power outages leading to huge financial losses and frustration. It is not only power outage that troubles consumers but also lack of maintenance on distribution side by DISCOs leading to severe recurring problems with transformers leading to voltage fluctuations and phase loss.

Whenever a transformer is set up in a new locality, an estimated load analysis is done to ensure that the transformer does not overload or loses its output due to voltage regulation.
Unfortunately, DISCOs do not keep a regular check on consumers to ensure that peak loads are not exceeded. I have seen bills of consumers who are using 6-7 ACs at their homes with their sanctioned loads being 5kW.

About load shedding, the question is:

Why is there not a survey done by officials to check what is the peak load demand of a particular consumer when they submit demand notices for electricity connections?

Answer:
Unfortunately, it’s not just the officials who are corrupt but it’s us, the people who allow such people to do corruption because the right way is never easy.

Everyone living in Pakistan has had the experience of hearing a relative at home tell you “the transformer blew up” or “phase nahe aa raha”. Well, if such corruption is continued then transformers will keep on going off like firecrackers on a wedding.

Quality of electricity and related issues

There is another problem on the distribution side, low voltage! And it is just as bad as load shedding. Three-phase equipment loses its normal operation due to unstable or low voltages, especially compressor based equipment.

Even if we talk about single phase air conditioners, the low voltage has a direct impact on cooling which renders the ACs useless. If you have extra money to spend, you can invest in high capacity voltage stabilizers to ensure a good smooth voltage.

Despite the underlying ugly situation of load shedding, there are some DISCOs that have upgraded their distribution network and communication with consumers to ensure the least possible effect of load shedding.

If you are a LESCO consumer, you can visit their website and check on your load shedding schedule by entering the consumer ID.

Despite actions taken by the government and never-ending promises of zero load shedding, there is still a catch and run situation which will prevail until Pakistan’s full potential of hydel, coal and renewable energy resources are explored. Pakistan currently has a generation potential of approximately 28,000MW if all power plants run at full capacity. It’s not our lucky day and that is not happening ever. Large-scale development projects in Pakistan are power hungry which require constant development in power projects.

You might have seen NJS surcharges in your bills. Those of you who are unaware and don’t care to know what that is, behold! Neelum-Jhelum project started off back in 1989 with a budget of approximately 15 billion PKR and ended this year with 507 billion PKR spent.
Lack of planning for earthquakes, bad management, and PKR devaluation are the major reasons for this anarchy. Again, this is just one mishandled project and I wonder what will be the future be for Kalabagh dam which gets battered by provincial wars every time the project is highlighted.

Setting up priorities
Somebody needs to take motivation from Elon Musk who practically installed a lithium ion battery backup based power reserve powering 30,000 homes in Australia. I know Pakistan does not have such resources and has other problems but building roads won’t power our homes! If the utility supply does not go out for a day, we rejoice like its EID.

Fortunately, due to tax-free policies on renewable energy equipment, people of Pakistan are having the liberty of letting the sun power their homes with backup power via batteries to be load shedding free. Net meters now being installed in most parts of Pakistan for consumers to act as distributed generators have brought happiness amongst local consumers who now have zero net bills after exporting electricity to DISCOs for a year.

Despite corruption at the grass root level and consumers finding illegal shortcuts, there have been positive developments leading to efficient power utilization both on a consumer and government level. Steps taken by local government to promote net metering, solar system, led lighting, energy efficient fans, DC Inverter ACs and other energy efficient appliances. 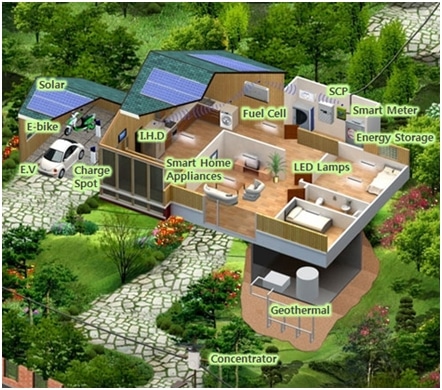 If you go out for a walk, do keep an eye out for a green colored meter. Chances are that your electricity might be coming from someone else’s exported green electricity. Share if load shedding is a struggle of your daily life as well.

Thanks to all the engineers around the world for reading me,
Engineer MB

Very interesting article! If you’re from Pakistan, can you relate? If you’re not from this country, do you face the same issues in yours? Let’s comment below!