Hello fellows electrical engineers it’s Steven Mill! Let’s get straight to the point; Do you know what will happen if frictions happened between air streams and the humidity in a cloud? I’ll tell you. A huge amount of negative static charges are formed in the lower side of the cloud while as the positive charges are formed in the upper side of the cloud.

Moreover, the buildings have positive charges. Which means there is a voltage difference between the clouds and buildings.

What if this voltage increased till it’s more than 30 KV/cm (the amount needed to break the isolation of air)? Air will be broken down and the charges will be released in a spark to the buildings. Which is known as lightning. 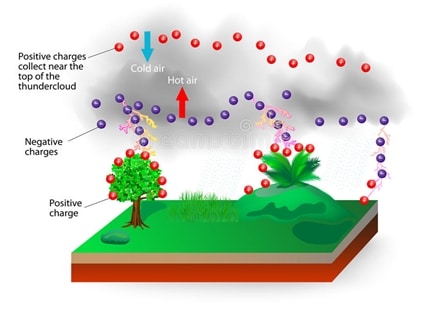 I think you have already experienced what a lightning do to objects or at least watched a video for a tree or person being shocked by lightning. The consequences are so dangerous of course as that spark can carry a huge amount of current approaches 200 KA which is not only killing it is destroying.

Therefore it is critical to have a lightning protection system to protect the persons and machines especially if your facility in a place where lightning is common.

What are the components of the lightning system?

Usually it consists of:

The factor that affect this step is the area of the building.

Usually vertical air terminals are used. In this case the height of the termination should cover an area with 45 degree at most. Using a 30 degree angle cone is safer and better. 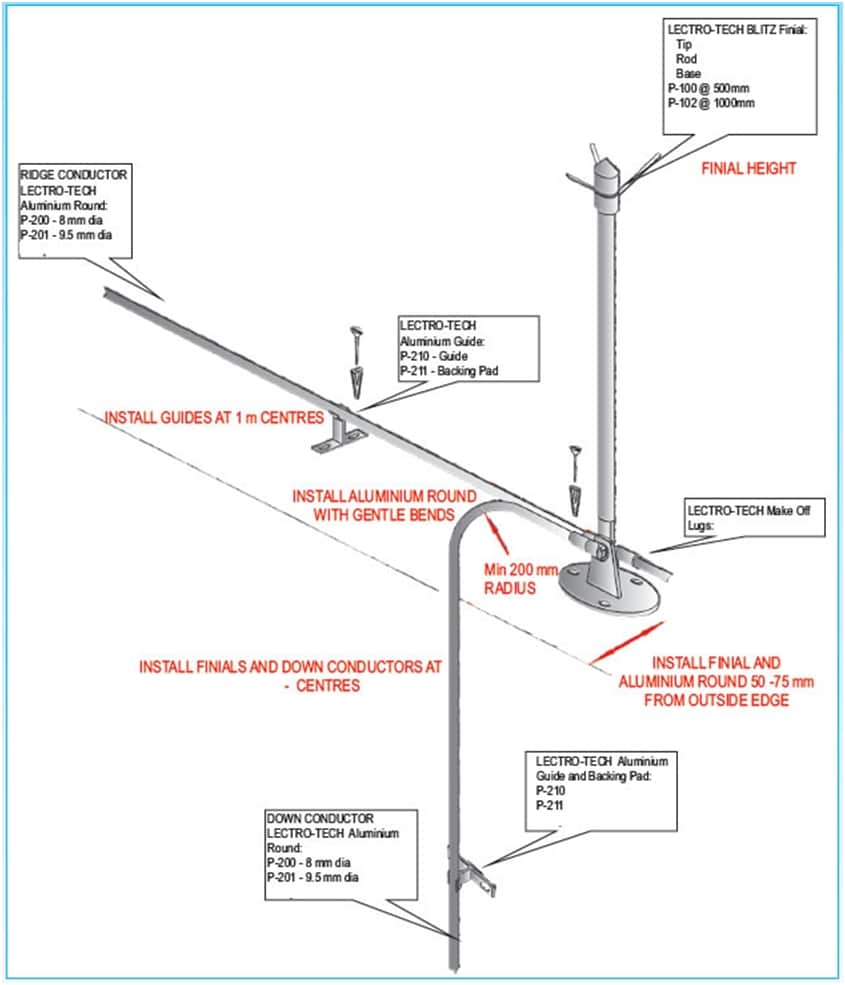 If the area of the building is big, then the vertical terminations will be very high or using many smaller ones will be needed.

The other solution in this case is to use a horizontal tape from copper with dimension 2.5*20 mm or from aluminum with dimension 4*20 mm. In this case the distance between any point on the surface and the conductor, can’t be more than 9 meters.

Step 2: Calculating the voltage of the ground conductor

This step needs an entire article to discuss and I have already explained it in the article “ Steps of Installing an Earthing System” so it’ll be out of the scope of this article.

In brief, we have discussed how lightning is formed, why it’s important to protect ourselves from it and the basic steps to install a lightning system. I hope it was useful and interesting topic.
Steven Mill.