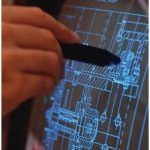 New article by a trained electrical engineer from Venezuela. Enjoy!

When dealing with electrical installations, you must be aware of some special scenarios that could come across, which require particular considerations in order to make a safe and reliable design for equipment and more important yet, for people’s lives.

These scenarios constitute restricted areas for most people, special places in which careful measures must be taken to enter in them, whether exists the possibility of explosion or fire due to a mixture of particular elements like a surge of energy, sparks or arcs produced by the flow of electrical energy.

Fortunately for us, these environments are already classified in just a few by the Institute of Electrical and Electronic Engineers (I.E.E.E.), and are also described in the National Electrical Code of America (NEC-2017, Article 500) [1], and can be summarized as the following:

In these areas, as stated in [2], there are hazardous concentrations of flammable gases or vapor, whether it is an industrial process in which there are leakages under a particular condition, or due to repair or maintenance operations.

When these flammable elements interact with a spark or an electrical arc, the consequence is an explosion that must be confined in order to preserve safety in the area, that is why the electrical components used in this kind of locations are to be certified as “explosion proof”, and sealing fittings must be used.

Since minimum changes in temperature allow any inflammable gas in the room to find its ways inside the conduit and enclosures, some sort of mechanism must be used to prevent the explosion. Components must withstand the high pressure generated and, at the same time, prevent the flame to escape through an opening. This is achieved when the openings are longer in proportion to its widths. Figure 1 illustrates this concept. 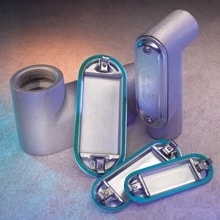 These areas handle closed containers in which flammable liquids or gases are contained inside, and can only be released by accident or by some unusual operating condition.

These volatile elements also produce explosions when interacting with an electrical arc or a spark, but, since they are not present in the area in a continuous manner, rather by accident, not all electrical devices must comply as “explosion proof”.

To be more accurate: the envelope of motors, transformers and reactor may be of a general-purpose type but shall be provided with vents to allow a quick escape of gases or vapors that may enter the enclosure [3].

A seal is also required in each run of conduit entering an enclosure that is required to be explosion proof, also in each conduit run leaving the hazardous area [3].

In these locations, there is the presence of combustible dust in suspension whether under normal operating conditions (in quantities enough to produce explosive mixtures) when in contact with an electrical surge, or whether a failure in electrical equipment could generate an ignitable mixture.

In such locations, an explosive mixture of dust and air with electricity could happen in a continuous operation, but dust can be handled in a different manner to Class I locations, the electrical devices must comply with a “dust-tight” type envelope. Also, fittings and boxes in which electrical connections are made shall be provided with effective means to prevent the escape of sparks or burning materials, that is why fitting seals are recommended.

Is convenient to mention that dust containing magnesium or aluminum are hazardous, and the use of extreme precaution is necessary to avoid explosions [1].

In these locations, there is the presence of combustible dust in suspension due to abnormal conditions, or also, due to excessive accumulation in deposits that could interfere with the safe dissipation of heat from electrical equipment or could be ignited by arcs or burning material from such equipment [3]. 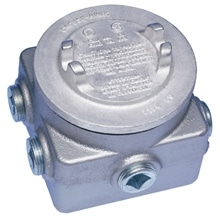 Transformers and capacitors containing a liquid that will burn shall be installed in vaults according to specific rules. Dry-type transformers shall have their windings and terminal connections enclosed in tight metal housings without ventilating. Motors, however, can be “pipe-ventilated” type, which implies refrigerating vents that won’t allow dust to be collected inside the motor while it is not running.

To help you select enclosures for your electrical designs, it will be very useful to remember the standards available that you can include in your design. You can also use the IP number as the best guide since most manufacturers specify this number in their products.

As a summary, when dealing with flammable gases or vapors in a particular area, you know that when they interact with an electrical surge, they produce explosions, hence we are dealing with a Class 1 location, and the enclosure of your equipment must be explosion proof type, IP5x or IP6x should do the job.

If there is the presence of dust in the area, we are dealing with a Class 2 location, the result is the same, an explosion may occur, but can be avoided if we use dust-tight equipment, that can be specified as IPx1 to IPx8.