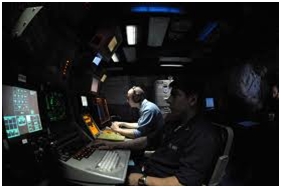 The advanced technology let us use electromagnetic waves in a way that we can jam signals, destruct or suppress an electronic system. Using electromagnetic waves in this way lets us use this technology as a kind of gun. You must have seen these kinds of things in movies but these are the things used in real life as well and lots of engineers and scientists are working on this kind of systems.

1.The Nature of Electromagnetic Waves and Its effects on Electronic Systems

When there were just forces that we can see the effects of it (mechanical forces), some of the scientists found that a compass that is put just near to a cable, that electricity flows through it, deflected by an invisible “thing”. That “thing” was the electromagnetic force. 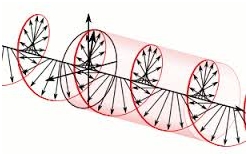 Faraday unlike the scientists in his time could define this relation between electricity and magnetism and could visualize them. So in a very basic way electricity passing through a piece of wire applies some force that is near to it. If we look at the situation in a reversed angle electromagnetic force applied on a wire would do the opposite thing and will create a virtual current.

This is where the electromagnetic attack idea comes from.

If we apply electromagnetic field to a living circuit (circuit that works properly), we may make it work different, we may suppress the waves going through or out of the circuit (cut the communication) or even more we may destruct the circuit fully so that it will be out of service (burning the circuit or components of the target circuit or system).

Thinking by this way you can understand why we need to close our mobile phones in the bus or an airplane (Although there are experiments prove that we don’t need to). One mobile may not be effective to take down an airplane but if hundreds of mobile devices are on this may take down an airplane (although it has tiny power compared to real electromagnetic attacks).

Not to cause these types of results latest electronic equipments are tested against electromagnetic fields and EMC (electromagnetic compatibility). Here the important point is the EMC laws and regulations. Every device must be compatible with these regulations. 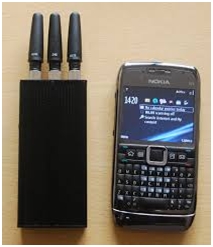 Jamming may be used for radio signals, mobile phone signals or radar signals. In a war the aims is simply cutting the communication through the air of the opponent and make them lose control of the war. Here the tricky point is adjusting your frequency with the opponent’s frequency so that you can give enough power to the jammer that suppresses that frequency.

There are lots of different sub-branch and techniques for jamming like Bluetooth jamming, radar jamming etc. Every attack needs its own special method of attack.

To survive from these kinds of attacks you need to change frequency continuously according to a hidden algorithm that is known by the two sides of the communication or remove the jammer in a physical way or simply decide to change frequency to another.

Deciding frequency change through a radio communication is not a safe way in a war since probably the line will be listened by the opponent so a hidden algorithm for frequency change is better.

This is not only to use by military also bank robberies are possible by jamming and destructing so that the communication systems of a bank will be off (If there is no wired emergency system). The defense against this kind of attack is only possible by a fully working electromagnetic defense system that can define the direction of the flux and can react back as soon as possible since the waves used are destructive. 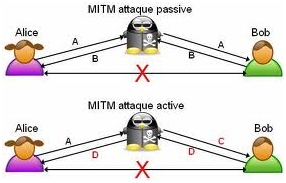 Men in the middle attack is a type of cryptographic attack done by listening to the endpoints of a network line and try to get some information. These kinds of attacks are called hack and used by spies also.

You may easily get information by using one of these kinds of attacks by mimicking the elements of a radio network and sitting in the middle sniffing the signals. These are all about signal processing and in informative magnetic waves the things you can do are endless. Waves are always there and open to attack.

The defense solution against these kinds of attacks is to have a secure network configuration and keeping eye on the latest cryptographic technologies and updating security systems since everyday a new type of open gate is found by the hackers.

Another solution to this problem may be using jammer. Yes although it is listed as an attack system if you use it against network spying it will be a type of defense system and jammers are widely used where hidden meetings need to be done and if you don’t want spies’ ears in the room.

The waves are not good for human body and may lead to death if you have an electronic equipment like heart battery integrated into body. Although it is not very powerful every device that works with electricity has some magnetic field around it. The level magnetic field they propagate must be kept under some level, all defined by standarts.

An electromagnetic defense system simply must consist of antennas, a signal processing unit and response systems. The idea is simple; you gather the signals around by using antennas (you need different antennas for different signal types) and you process them by using a processor, by this way you can get the direction, power and type of an attack.

As a result, according to the program written in the processor unit the system responses back for protection or counter attack if possible. These kind of systems are not very developed and need further researches.

The best method against EM attacks is using a fully capable electromagnetic defense system. If you don’t need that complex system you may use jammer as a wave suppressor or in a war you may use cryptographic frequency system.