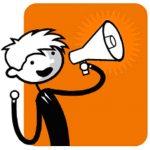 As only few milliamperes can kill a human in a part of second, safety always is the big concern for electrical engineers and protection systems designing gets much more attention.

This is the topic our fellow electrical engineer Yasser chose to discuss today. As a reminder, you too can be published in this blog, just send a mail to the team!

Usually the word protection in electrical engineers’ glossary is associated with Circuit Breakers (CBs) and Fuses. These devices are the muscles of protection systems which isolate and protect them from different kinds of faults and/or abnormal conditions.

Over the years, many developments were done in both of them, the ratings became higher, many new environmentally friendly materials are used, and they became more accurate.

In this article, we are going to discuss how today’s technology makes it applicable to use fuses instead of CBs to protect a multi-phase system which is no longer an advantage of CBs over fuses.

When to use a fuse?

As it is known, fuses are commonly used for low ratings because they are simpler and cheaper than CBs and they can protect the system from two kinds of fault, phase-to-neutral fault and phase-to-ground fault. However fuse is a single-pole protection device which means that it can only protect one phase from a multi-phase system.

This is no longer an obstacle as using a two or three fuses together to protect a multi-phase system is now applicable. The main challenge which was preventing having fuses working with multi-phase systems was the single phasing, it’s when one phase in the 3-ph motor opens and the remaining still in service coordination, in this case, the fuse of that phase will open only its phase, causing an over current, overheating and unbalance voltage at the other phases. Moreover sometimes this may cause damage to the equipment.

Is it mandatory to replace all the fuses in each phase? 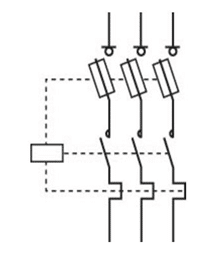 Although this mechanism made it applicable to use fuses with multi-phase systems, it still has a problem. The problem is that in the case a fuse has blown up, all the three fuses will need to be replaced together.

Usually, in the case of system fault, a fuse in one phase is exposed to an over current which usually causes damage or partly interrupted of the fuse element and as a result, its current carrying capacity become lower and most probably won’t perform within its published performance characteristics in the event of another over-current.

So, take into consideration that re-using fuse elements, without replacing it, may make it melts at currents much below the minimum breaking current which will cause disastrous damage to the installation.

What should I use?

Fuses are a good choice when the maintenance is not periodically available, and the trip rate of the system determines where a fuse or a circuit breaker is the most suitable.

It’s obvious now that using fuses in a multi-phase is system is double-edged, it’s all about compromising you can now choose a lower cost fuses system in multi-phase, but also remember that you’ll have to change all the fuses even if the fault was only in one of them. It’s up to you.

Whatever your choice, please take care while replacing a fuse and make sure that all phases are isolated, because it may be very dangerous and your safety is a high priority.