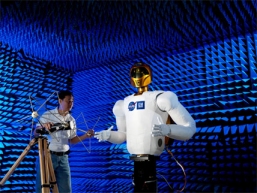 Bio-electricity or electricity bio-compatible begins to be a popular topic in the individual housing sector and interests too some tertiary market project owner’s.

Since the 90’s, CEM (electromagnetic compatibility) has been taken into account in standards and regulations. With an exponential growth of the digital applications, a European directive has standardized interactions between “low current” cables and power cables. Today, manufacturers and engineering consulting firms have well integrated this approach.

But beyond this technical consideration, that aims to ensure the proper operation of the equipments, what about the impact of electrical and magnetic radiations on human health?

Until now, only vague recommendations, or very high levels, let people estimate without clear guidance the impact of electromagnetic phenomena on human beings

The matter of this article is not to demonstrate if, yes or no, such radiations have an impact on health, but to understand how some technological solutions can reduce the intensity of those radiations and how the market is ready (or not) to accept them.

Health in the building: an underlying trend

It’ a fhe fact, the adequacy between the building and its occupants becomes, today, an essential parameter taken in account at different moments during the life cycle of the “tertiary buildings” (such as offices, hospitals, schools, nurseries…). For example, regarding health, the air quality is today the object of very intensive surveys, at European level, to try to understand which are the pollutants the more pernicious for humans, and which are the critical thresholds not to be exceeded. Some results will have an impact soon on renewal air systems and on the different sensors to implement. Another concern nowadays in France is buildings accessibility for persons with reduced mobility, that induce the development of specific adjustments on structure work, technical or electrical lots. From that perspective, electrical installations with low electromagnetic radiation are in line with the expectations of a part of the market. 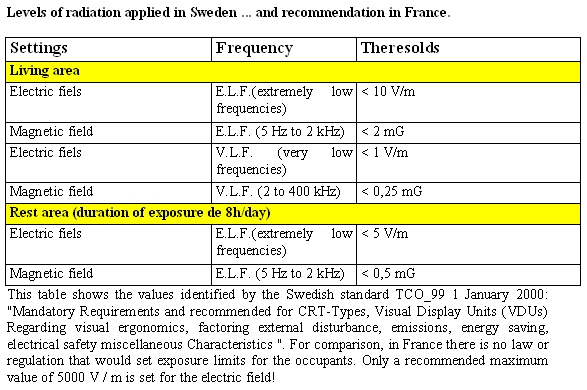 How to reduce radiations?

Before addressing the market, it is useful to understand which impact the reduction of electromagnetic radiation can have on electrical distribution installations (power and control).

Firstly it is useful to distinguish electrical and magnetic radiations:
– The electric field is controlled with the addition of an armored-plating with the aid of metal or metalized strip around the live wire. To be efficient, this armored-plating has to be connected to the earth at both ends of the cable to evacuate radiations. This principle is used to armor the computer data transmission cables.
– The magnetic field is meanwhile inhibited by twisting the phase wire or wires with the neutral wire.

With those details, we can afford today that it exists 3 different technical solutions to reduce electromagnetic fields:
– The supply cable consists of wires (one or several phases) twisted and the whole is armored with metal or metalized strip linked to earth.
– A sheath electric armored and linked to earth at both extremities has a pre-wiring of twisted wires.
– At last, at the level of the electrical panel, a device named “automatic switch fields” put at the head of the circuit, delivers a low voltage of a few volts, able to detect the connection of an electrical charge. When the charge is detected, voltage is established normally to supply the load. Interest of the switch fields: (possibly bipolar): it can be integrated after the realization of the electrical installation, such as it is sufficient to place it in the distribution panel. Disadvantage: it is useless on a circuit on which are wired permanent loads and it does not protect people when loads are activated.

What potential market in the tertiary sector? 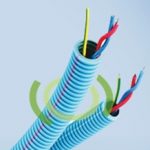 “Designers have to integrate more and more the notion of electromagnetic radiation when designing buildings, explains Fabrice Barril Project Manager bio electricity at Courant’s (1). By the way, appears networks of architects and consultants aware of those issues. For example eOspace, a national network of contractors and companies part of a rational ecological approach for habitat, but also offices and industrial premises…”

On the French market, Fabrice Barril, reports a large number of prescriptions to consultants and architects concerning projects of premium hotels, nurseries, hospitals, retirement homes, or even offices: “For open spaces, taking in account bio-electricity criteria contributes to improve the comfort of employees.” Some employers offer their employees a gym, so why not an electrical installation without radiation! 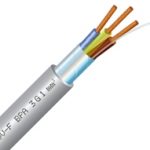 The manufacturer, which sales linked to armored equipments increase each year of more than 40%, tries to challenge distributors of electrical equipment and electricians about their duty of confidentiality with respect to “classic” electrical installations. “In France, the market remains still very low outside the habitat” tempers Olivier Granjon, sales engineer in the Group Omerin(2). “As providers we encounter a certain ignorance of the physical, technical solutions and a brake on the extra cost.”

For an individual house, may have taken into account to estimate the total electromagnetic field through a surcharge of about 2 000€. More widely, it takes to be “biocompatible”, 10 to 20% on the cost of electrical installation. “We observe that the countries most sensitive to the phenomenon tend to northern Europe, Sweden and Germany in the lead.” So it remains a lot of work to make prescription from the various players in the industry and with clients.

-In a text adopted May 27, 2011 by the Standing Committee, acting on behalf of the Parliamentary Assembly (doc 12608 visible on the Internet), European Union warns against the potential dangers of electromagnetic fields (broadly defined) and their effect on the environment. This text recalls that “”According to the World Health Organization, electromagnetic fields of the entire frequency range are becoming more prevalent and influence more and more our environment, raising concerns and speculation. Everyone today is exposed at various degrees to electromagnetic fields whose levels will continue to rise with advances of technology. ”

-On the side of professional insurances contracted by electricians, some companies have already, since a few years, taken in account issues of electromagnetic radiation to exclude the possible consequences of damage to their clients. Is it just a precautionary principle?

In conclusion, we can say that today, all the players already aware of the phenomena of electromagnetic radiation are waiting for maximum levels relevant and recognized by all, especially since there are now cheap solutions for physical measurement of the fields.

(1) Courant is a French company specialized in the extrusion of pipes. It carries, among other, armored electrical conduit including or not a twisted pre-wiring.
(2) The group Omerin is one of the cable-laying involved in achieving wires and cables to reduce the electromagnetic radiation.