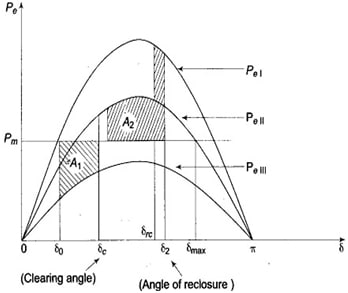 That is the topic that Yasser (one of the members) chose to deal with. If you want to be published in the blog too, send us a mail


If the power system exposures great or long lasting disturbances because of power flow, frequency or voltage deviations those disturbances are called severe upsets.

Those two concepts are new in the stability definition of power systems. They were used because of the need to analyze the dynamic response of the system to severe upsets. When the transition between transient and long-term responses needs to be presented the mid-term stability is used while long-term stability is used if slower and long-lasting mismatching between consumption and generation of both reactive and active powers is introduced.

It is vital that the power system is able to stand fractional rejections of load to minimize the effect severe upsets and restore ordinary operation conditions. For deeper understanding of mid-term and long-term stabilities we discuss the response of different power plants within severe upsets.

To control the thermal power plant there are many guidelines that must be taken into consideration so stability can be guaranteed.

First to control it as an overall the flow of fuel which is the input power to the plant must be reduced corresponding to the electrical power output. Second to control the boiler again the fuel flow should be reduced through a turbine bypass system.

In addition the generator of the turbine and steam turbines must be controlled. Finally we should check the variation of voltage and frequency and their impacts within load rejections to ensure the proper operation of important auxiliaries.

The tuning of the governor at the islanding conditions is critical. This has been concluded from our experience with hydraulic unit operation. Therefore, for stability speed control must be applied in the different isolated modes including islanding condition mode.

In the case of very fast load change a fast governor response is a need to compensate it. However this very fast response sometimes cause in stability so the adjustment of that response should be done carefully.

To conclude briefly, system will always be exposed to disturbances and abnormal conditions. Those conditions will not always be in the same level, therefore stability guarantee in different conditions is a must to maintain the lifetime of the power system.

Thank you for your attention,
Yasser

What observations or remarks do you have? Comment below!