The security of a power system is very important to be evaluated to make sure whether the system will continue working in case one or more element stops to function properly. 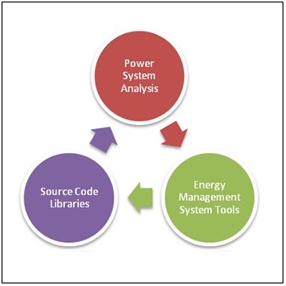 Contingency analysis (CA) is one such evaluating program which separates the Energy Management System (EMS) from a SCADA system which is a level low in complexity. It checks the system for overloads and other problems arising from a contingency.

Contingency can be defined as the non-functionality in the power system of a device such as generator, transformer, transmission line and more or the change of the device state which may include the possibility in a transformer substation of an unplanned opened circuit breaker.

The purpose of the contingency plan is to check the change in the functioning of the device that will occur after the fault element is removed.

There are three levels of problems in case a contingency occurs: 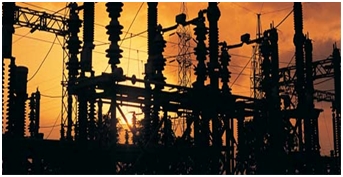 It is must for every electric appliance for its operation that it is able to recover from a first contingency leading to second contingency recovery also in the future.

Power system planners and engineers highly use the CA to make their appliances as per the operating policies. This helps to be prepared in advance of the possible outcome of a contingency and to devise ways to deal with the problem depending on the type of problem in case it occurs.

Keeping in consideration the operation of the power system the likely effect to be caused in the future of equipment outages is also calculated. So, CA functions to plan the annual maintenance schedule and also the outage schedule for the system. The outage schedule is changed with the passage of time depending on the changes in the operating conditions for planning both long term and short term schedules.

A final check of the system is made using CA before a scheduled outage is applied. If no problems are identified the outage is sanctioned by the outage co-ordinator or the network engineer and the system operator or dispatcher proceeds with the outage in the control center using the data acquisition and control (DAC) applications to separate several equipment from the main power system. 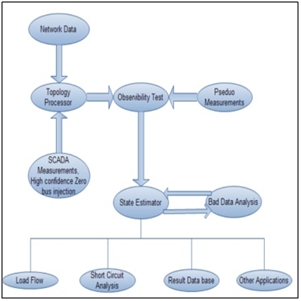 The working of CA depends on the “network model” which is a well described electrical model of the power system.

It is a replicated model of the real network which is translated by system planners and network engineers into a mathematical model which can be worked on with computer algorithms.

CA uses this algorithm to calculate and evaluate the effect of removing an element from the system.

Certain set of parameters and equations comprise of the network model which are met only with the starting values of the real network. These values are then proceeded on for the algorithm and comprise of bus voltage, production by each generator and power interchanges between appliances nearby. The values are most of the time taken from the SCADA database available at the control center.

CA is only applied in the initialized power network model and is checked for contingencies against a list comprising of all the elements in the system. Each element is first removed and then the system is analyzed for solutions due to its removal.

After each element is checked the test results are evaluated against the limits in the system for each element. If violations appear in both values it is noted and saved in CA database and then continued with the next element.

The contingency list has been designed by well qualified engineers responsible for planning and operations focusing on all key sensitive areas.

The contingencies are checked by varying the operating state and the loading level of the system and thus require huge computer resources when the system is undergoing the power flow solution per contingency.

In case of detections of serious concerns each contingency is then checked by doing a complete AC power flow. The time taken to check each element for a contingency has greatly reduced over the years and the process now takes only a few seconds to complete. Easy DC power flow analysis is utilized to further decrease the execution time of CA per contingency.

CA can thus be summarized to be a system planning tool as well as the powers system on-line analysis technique which can be easily used by the dispatchers and the network engineers owing to the swiftness of the process. Do you agree?