New very interesting article by a young graduate of mechanical engineering, Uko. Renewable energy sources are more and more used. But among Wind, Water, or the Sun, which one would you crown the ultimate in electricity generation? 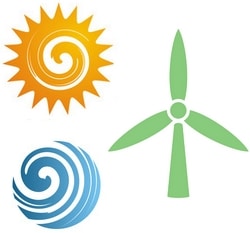 Read the article and comment when you’re done. And if you want to publish articles in this blog and participate in the community, don’t hesitate and send us a mail.

Before 1870, electricity generation was carried out on a small scale. After its discovery in 1930 by Michael Faraday, electricity was produced using only chemical reactions or battery cells. The amounts of electricity produced were quite small and only found practical use in the Telegraph. However, its potentials were very well recognized and ways to increase production were studied.

Fossil fuels such as natural gas, coal, and petroleum are used as energy sources through combustion. The heat generated is converted to mechanical energy and then to electrical power using steam or gas turbines. These sources of energy negatively impact the environment through carbon emissions.

Similar to fossil fuels, nuclear energy generates heat which is converted to electricity by steam turbines. The heat is generated by nuclear fission in radioactive elements.

Renewable energy sources are the cleanest and safest sources of electricity generation.  These sources are available in nature and as the elements. Renewable energy sources include solar energy, wind energy, biomass, hydropower, geothermal power, etc. Of all these three take the lead in availability, reliability, and usability. Among renewable energy sources, they are of most interest to both researchers and investors alike. They are Hydropower, wind energy, and solar energy. These sources are similar in the fact that they are all from the elements. Hydropower, wind energy, and solar energy are gotten from water, wind and the sun respectively. In this article, we would be analysing these elements, their respective energies, and their electricity generation capabilities.

Hydropower refers to the power of fast-running water or water falling under the influence of gravity. To generate electricity, water is caused to flow through a turbine that is connected to a generator by a shaft. Rotary motion is created by water flowing over the turbine blades. Through the shaft, this mechanical energy is then transmitted to and converted by an electromechanical generator, thereby generating what is known as hydroelectricity. 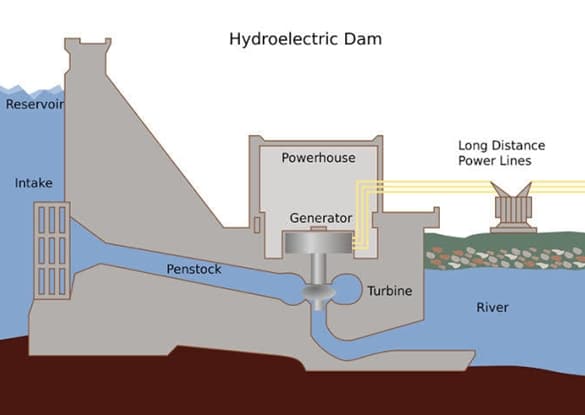 Hydropower can be harnessed for electricity generation in the following forms and stations.

Advantages of hydropower in electricity generation

Disadvantages of hydropower in electricity generation

This energy is transmitted using a shaft, to a gearbox and then Ronan electro-mechanical generator. The gearbox controls the speed of the rotary motion, while the generator converts it to electrical energy. For large scale electricity production, wind farms are created. A wind farm consists of several wind turbines which are connected to a transmission network.

Currently, wind power is capable of generating 600GW worldwide. This accounts for 6% of the world’s energy demand.

Sunlight reaching the earth possesses a form of energy known as solar energy. Through what is known as the photovoltaic effect, this energy can be converted to electrical energy.

The photovoltaic effect happens when sunlight absorbed by certain materials causes the excitation of its electrons to a higher energy state. This creates electric current and voltage in the material as it is exposed to light. 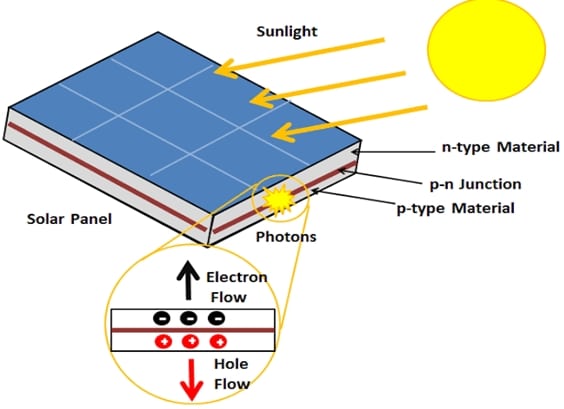 Solar energy is converted to electricity using a device known as a photovoltaic module production solar panel which typically consists of photovoltaic solar cells. Most solar panels have a conversion efficiency of 30%. Currently, solar energy accounts for 2.3% of electricity supply worldwide. This percentage is growing at 35% per annum. The cost per KWh of solar electricity varies by the scale of production.

The use of renewable energy sources continues to rise. Not only are the self-replenishing, but they also provide clean energy.

Having analysed all three foremost renewable energy sources, which would you crown the ultimate in electricity generation?