In last month newsletter (newsletter#79), we introduced you to Mile, one of the members of the community.

From then on, he kindly decided to help providing the blog with material, and his 1st attempt is about power factor correction of networks.

Tell this young man from Macedonia what you think about it below!

The production capacity of the thermal power plant REK Bitola which is located in the city of Bitola, Republic of Macedonia, represents approximately 75-80% of the overall production of electric power in Macedonia. I made measurements and tests for the consumption of the coal mines that are the two main units of this thermal power plant. My main focus was the middle voltage network, because on this part of the network are the most consumers, that are relevant for this experiment.

The power plant is divided in two parts ( two separate coal mines, Suvodol and Gneotino ). The mine Suvodol has two transformers of 31,5 MVA while Gneotino has only one with the same nominal power. The installed power for the mine Suvodol is 61,293 MW while for Gneotino is 32,234 MW.

These are the starting points for my experiment. In table 1 below, I am going to present the installed and peak power of the machines in the coal mines of REK Bitola. 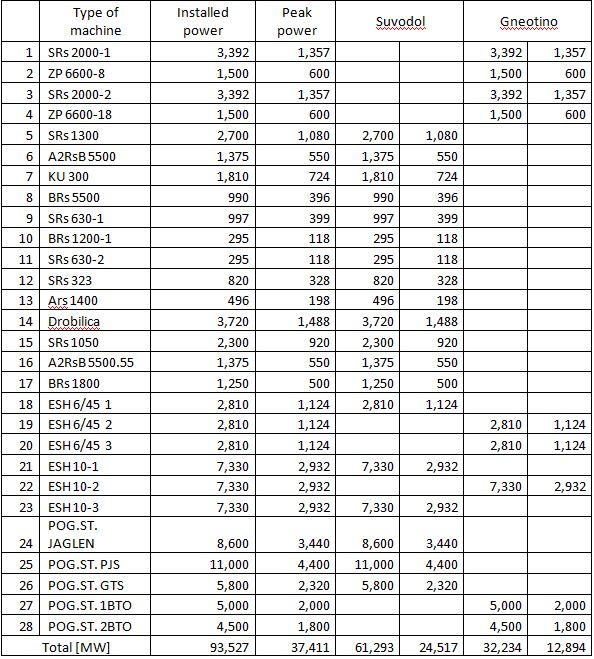 Table 1. Installed and peak power of the machines

The reason for this is mainly the fact that the network is full of transformers with 6/0,4 kV ratio, asynchronous machines without PWM are used and of course at the end the long length of the power cables.

In this part of the article, I made measurements of the active and reactive power and the power factor on the nodal point B6 where all the consumers are connected. The measurement was made with Fluke 41B instrument.

On picture 1, I have presented the values from the measurement. These measurements are made for the coal mine Suvodol.

Picture 1. Active, reactive and apparent power in nodal point B6 in coal mine Suvodol

From the given values, we can easily see that the active power is much lower when compared to the reactive power. On picture 2, I have presented the power factor.

The same measurements were made for the other coal mine Brod Gneotino on the nodal point A12. On picture 3,4 and 5 you can see the diagrams for active power, reactive power and power factor on that specific nodal point.

Ways to compensate the reactive power

As addition, I made one MATLAB Simulink analysis of the load. I analyzed the load of the mining machines SRS 2000/1 and SRS 2000/2, with installed P=6.0 MW and Q=2MVAr, respectively. These machines are connected to the nodal point A06 in the system of the coal mine Brod Gneotino.

For compensation, I used static compensation of 120 kVAr, and also static filters for the 3,11,13 and 24th harmonic, because it will improve the voltage in the network. The condition of the network improved drastically, and we can see that from the following diagrams.

All that has to be done is:

Thank you for reading my very first article for the EEC blog!
Mile.

What did you think about Mile’s work? Tell him below!