Hi everybody! Today we’re gald to publish this testimony of Eric, one of our members who sent us a mail few weeks ago. He wanted to tell the community how hard dealing with high level harmonic distortion is. Are you ready to discover his experiences? 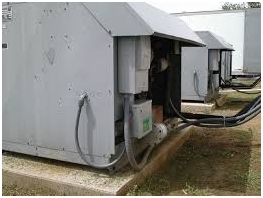 Put simply, think of high level harmonic distortions as a high blood pressure, and human body as a plant or utility service. What happens when someone’s BP levels increase tremendously? The person can get severely paralyzed and in some cases, even death may occur.

The same thing happens with the plant. When a plant’s equipment experiences high level harmonic distortions, a part of the plant may block out and in worst case scenario, the plant may shut down temporarily causing huge operational losses. 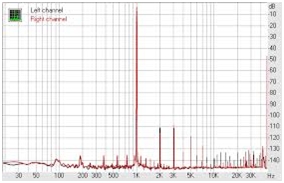 High level harmonic distortions often produce peak voltages which are quite capable of damaging major operational equipment’s components such as motors or the insulation system.

The increased stress on the vital components of power generating equipment can cause the insulation to fail and burn the windings of the motor. As a result, the equipment shuts down, which in turn increases operative load on the other equipment. This is almost like a chain reaction, or a plague that’s contagious.

Apart from this, high level harmonic distortions are prone to increase RMS currents to dangerous levels which induce high temperatures in the equipment. Not all components of the electrical equipment can bear high temperatures.

Sensitive components such as microprocessors and sensors can almost fail immediately causing the equipment to malfunction or shut down. RMS currents thus generated can also cause premature aging of the electrical equipment.

Some of the negative impacts of high level harmonic distortions can be tabulated as: 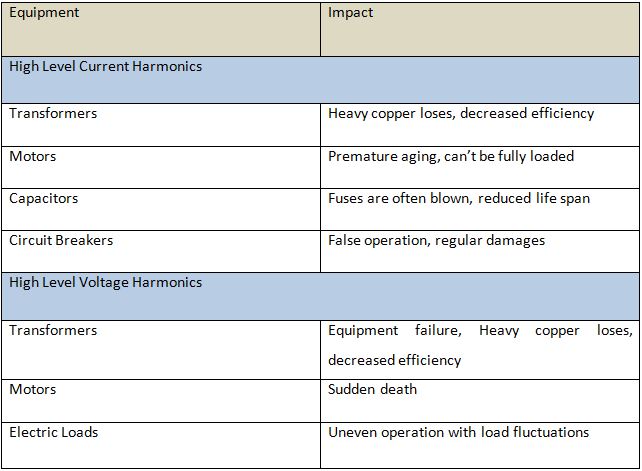 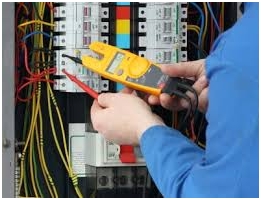 Solution: As mentioned earlier, it is very hard to know the exact reason for the high level harmonics to occur. The only solution is in the hands of a plant’s engineer. And it is, “Regular Maintenance.” All the critical electrical equipment should be regularly serviced as per the manufacturer’s specifications. All the components that are aging should be replaced immediately.

I understand that, no matter how hard you try, it is impossible to completely prevent harmonics. But they can be minimized to a greater extent by being responsive to little symptoms that the equipment starts showing such as making unusual sounds, uneven raise in its temperatures, etc.

In conclusion, as a plant engineer, if you want to avoid the nightmare of your plant being affected by these high level harmonics, supervise each and every problem whenever possible, be it major or minor, and get it repaired at the earliest.

If the plant engineers are not careful enough, some minor problems can turn into major ones, leading to high level harmonics, which can sometimes cause irreparable damages to the plant. So be attentive, always!

Hmm, interesting. What did you think about this testimony? Do you agree or not? Remember you can also send your articles and testimonies to the team by sending a mail.