How to improve power factor ? 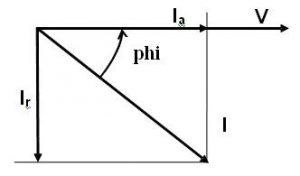 The above diagram drawn up for currents also applies to powers, by multiplying each current by the common voltage V.
We thus define: 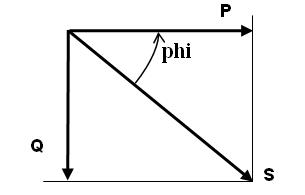 The principle of “Power Factor Correction” (or “Reactive Energy Compensation”) is to generate the reactive power close to the load, so that the supply source could be relieved. Capacitors are most commonly used to supply reactive energy to inductive loads such as motors. 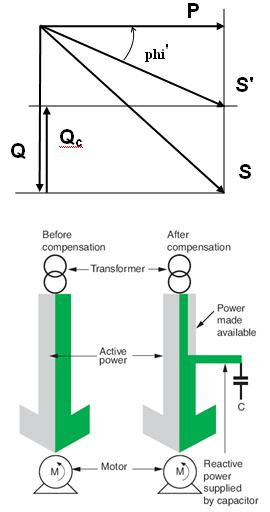 Qc is the reactive power produced by the capacitors. S’ is the apparent power after compensation.

Capacitor bank s can be arranged to provide a fixed value of reactive energy or variable values by steps.
For highly fluctuating loads such as lifts, crushers …, electronic compensators have been designed in order to provide fast and continuously varying compensation.