Ismail is a fellow electrical engineer from our community who got 5 years experience in designing electrical system for industrial, commercial, and residential.
Today he nicely accepted to tell us about his experience in industry, precisely the problems he faced and what he learned. Enjoy!

If you want to send us your stories too, just reach us by mail.

“It is always exciting for me to accept a job in designing electrical power system for industry. The problem, or I have to say the one which make me excited, is every company quite often has its own rule or even own standard! It becomes even worse if a company has a several factory and each factory adopt different standard (maybe because the factory has been built by different contractor).”

The client is always the king 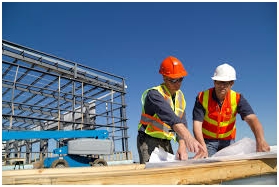 There is a time when I was asked to design electrical system for a fertiliser company in Indonesia. As usual, firstly the client proposed the project guideline and the purpose of the project.
As a project consultant, I then gave him the electrical design and material specification which I thought it was the best suit for the project and also conform to the international standard.

Another problem also arose when I gave an advice to them to use hot dipped galvanised steel material for cable tray. However, they insisted that FRP material should use for cable tray instead as it withstood the fertiliser corrosive nature more. Yes, it is true that FRP withstood the fertiliser more but it would increase the cost of the project because FRP cost three times more than Hot Dipped Galvanised Steel.

Furthermore, if the cost of the project became higher, the Return of the Investment became longer. In the end I fulfilled my client request as the client is always the king.

Always double check the data you get

Another problem I have experienced is when I designed a power system for a new factory which will get a power from existing utility. The problem was the colour code of the 3 phase cable from existing used different standard. As because the existing power system had been built using IEC standard, hence I thought the colour of the cables should be brown-black-grey for phase cable and blue for neutral cable.

But this was not the case because the colour of the cables were yellow-red-blue for phase cable and white for neutral cable which was the colour code of the company standard! It was very dangerous because the neutral cable of the new factory could connect to the phase cable. In the end the catastrophe could be avoided as I double checked the data I got with the actual condition installed. 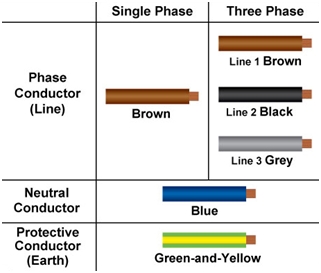 But as an engineer we have to give some advises because the higher the cost of the project, the longer the rate of return be and of course the management will dislike it. As an engineer we also have double check the data we get, because maybe the data is not match with the actual condition.

Thanks for reading,
Ismail.

What do you think of Ismail’s story? Have you ever faced similar problems? Let’s talk about it in the comments below!