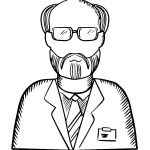 In an article published on March, our dear senior engineer Muhammad (20 years experience) amazed us with an article about the Thevenin’s Theorem. Indeed, he drew a great parallel with human beings and it was brillant!

Today he is back with another funny essay on this theorem. We don’t tell you more, just read and appreciate it:

There is a very old anecdote about a village school. The master was well-known for wielding a baton, but some students were as naughty as can ever be. Daily there were reports of furniture broken, books torn, and pens stolen.

One day, in the poetry class two students at the back were particularly busy in mischief oblivious of what the master was teaching. Quietly the master approached one of them, poked his stick into his ribs and thundered: “Who wrote Odyssey?” Accustomed to being blamed every day, the perplexed boy blurted out: “Honest to God, sir, I didn’t!”

Doing justice to the theorem

And I am quite sure none of us-the respected readers and I (an addicted writer), wrote what is popularly known as Thevenin’s Theorem. However, I am equally sure there is no electrical engineer worth his voltage who has not studied a theorem by this name. It is such a useful concept in electrical engineering, i.e., representing a complex circuit with a very simple equivalent.

Being a fundamentalist, however, I believe it would be unfair to the actual writer if the theorem was not applied in the broadest possible sense. By that I mean it can be utilized on most systems even non-electrical. Indeed, as I have already tried to hint in an earlier essay, it can be useful in analyzing responses of human individuals, societies, and nations. And of course, the ‘individuals’ include the professors who teach this theorem! 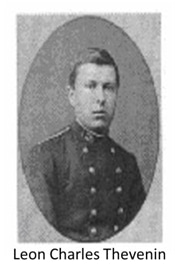 Some people tend to call it a law. What is the difference between a theorem and a law? A law is something proved as a result of repeated experiments. This theorem was proved theoretically, and of course, verified practically by every student of electrical engineering.

To a dominant majority of electrical engineers the theorem is a very important and simplifying concept. That is what people say when they are past their basic courses in Electrical Engineering. However, a good percentage of students who are studying circuit analysis for the first time may have a very different opinion. Many wish that Thevenin’s theorem were not part of the circuit analysis course.

Of the basics which make up the mass of circuit analysis-Ohm’s law, Kirchhoff’s laws, and the theorem in question- the last one is hated the most by beginners. Not that that the concept is difficult. It is as much commonsense as the other two. What some students hate is not the theorem, but having to determine equivalents of complex circuits, especially of those containing dependent sources.

If you think for a moment, that is not a fault of the author of the theorem. Rather, the syllabus committee is the cause of this trouble. But if my younger readers still hold some grudge against Mr. Thevenin, the rest of this essay will definitely divert some of it to another person, who has done many other things to make life difficult for some students of electrical engineering. Read on.

Most of the electrical community calls it Thevenin’s theorem. Does this theorem really belong to Leon Charles Thevenin. There are people who insist that it does not rightfully belong to him.
L.C. Thevenin was born in 1857, on 30th of March, to be exact, at Meaux, Seine-et-Marne, in France. (Bell developed the telephone the same year). At the age of nineteen he entered École polytechnique in Paris in 1876. After graduation in 1878 he joined the official French Core of Telegraph Engineers. Later he also taught at the École supérieure de télégraphie and elsewhere.

He stated his theorem in one of his papers published in 1883, thinking he was the first one to put forward this idea. As is usual with geniuses, beside his technical pursuits he loved art. He was also a violinist. He never married, and no one carries his name, except this theorem (right or wrong).

But then who did it?

Actually, Thevenin may not deserve the entire blame (or credit) for it. German Hermann Ludwig Ferdinand von Helmholtz (August 31, 1821 – September 8, 1894) had already described this in 1853, four years before L. C. Thevenin was born! He was a physicist, a mathematician, as well as a physician, and made lasting contributions to all these fields.

A reasonable tribute to Helmholtz demands many pages. Here, suffice it to say that he was the inventor of the ophtholmoscope, originator of the equivalent circuit idea later proclaimed as Thevenin’s theorem, and author of the wave equation, among many other things.

A good discussion of who should get the credit for this concept is available in an Ohio State University document on the internet. Readers who care can visit this page and many other discussions on the internet. 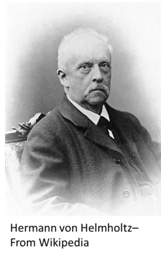 Personally, I do not care who stated what, as long as I know how to utilize it. It may be a matter between the Germans and the French governments whether they want to start another war, this time on intellectual property.

We the electrical engineers owe gratitude to both these great men, and many others like them. The structure of our profession-electrical engineering- rests on the two strong pillars of mathematics and physics developed by these our intellectual ancestors.

I think the best way to honor these great people is to really understand what these people said, and then, utilize it as much, and as broadly as possible. Of course, I do want to study and write at some suitable time about Mr. Thevenin and the versatile personality of Hermann Ludwig Ferdinand von Helmholtz.

Hope you enjoyed it,
Muhammad A.

What do you think about this story? Are you Team Thevenin or Team von Helmholtz?