Check this new article on another measuring instrument from the tutorial series of articles by one of our members.

So here comes another interesting tutorial on measurement devices related to electrical engineering. Distortion meter is another such useful device which is widely use now a days.

With the advancement in technology, development in engineering is leading to more refined results of our everyday problems. Even things of which we could not dream of earlier are being implemented today and problems which were considered negligible and ignorable are being solved.

It also occurs in electrical signals, that is, when a current is passing through a circuit, it can induce vibrations in the circuit and the vibrations produced would obviously be some multiple of the current signal frequency. Hence these vibrations can cause distortion in our original signal. This distortion in current can lead to many problems like voltage fluctuation etc.

The thing that needs to be noted here is that harmonic potential is not always an undesirable phenomenon. Often in techniques of artificial reverberations we utilize it to create useful effects.

How to use a distortion meter?

Now that we are familiar with the basics of harmonic distortion, and also the fact that a distortion meter is used for the detection and measurement of such frequencies, what lies next?

So once the frequencies are detected, the distortion meter now acts such that it works to eliminate the effect of such frequencies. For this purpose it has the option to set certain predefined parameters, so that any frequencies which lie outside these set of parameters are eliminated and not allowed to pass along with the original signal. The original signal can then be produced at the output in whatever way it is required.

So in short a distortion meter not only detects and measures the distortion in our signal frequencies but also works to overcome or eliminate them. 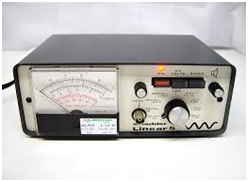 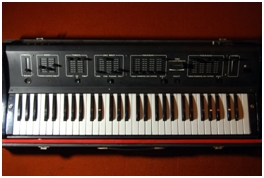 This was all for now. To know about more such devices do give this blog a visit in upcoming days because I have many other informative articles coming for you my friends.

What did you think about this article ?