Here’s an entertaining career story narrated by your fellow electrical engineer K. He likes sending us testimonies and we always enjoy reading them, just like you! So here’s the latest one which is about the day he learned a tragic lesson.

Read the story below:

It was a fine morning in an office of National Transmission and Dispatch Company somewhere in Pakistan. Office was situated in an electrical grid station and its purpose was to ensure uninterrupted power supply to the city.

The Assistant manager had just joined his job and had an adequate experience of two years in grid system maintenance. His assistant was a mid-aged man with a vast experience of his job. Allocated load on one of the feeders had increased recently and a new mini sub-station was required.

A mobile substation was waiting to be installed that morning. Installation of a mini-substation means protection and maintenance teams working together and mostly side by side. Sometimes joint operations prove to be hazardous due to performance pressure and distractions. The authorized assistant manager (an electrical engineer) and his assistant i.e. foreman (diploma in associate engineering) both were representing grid system maintenance department that unfortunate day.

Their job was to identify and isolate 11 KV feeder cable from the panel (MV switch gear) and assist the protection team in the subsequent installation.

After taking necessary briefing from his higher-ups the assistant manager had asked his foreman to prepare worksheet and TBT (tool box talk) was conducted. Work-permit was issued by LDC (load dispatch center) and they moved in for it. Circuit breaker tabs were set to off and grounding terminals were locked in their place. 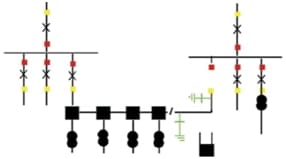 Lock-out-tag-out was implemented. Foreman had to take a call from his home and a further delay of 20 minutes worsened the time management. The assistant manager and his team entered the 11 KV yard to locate and open the relevant panel (panel number 21 from the left side). Following tasks were performed in succession…

The AM himself spotted the target panel by counting and spotting. Under the performance anxiety, he incorrectly identified panel number 19 as the subject panel. Mistake was to start the counting from right hand side instead of the left. Exactly at the same point of timeline, a deadly mistake had happened and nobody was aware of it. The foreman had failed to notice this!

Dismantling of the panel casing

The AM chose the panel and verified the tag number. He asked the foreman to open the back plate and prepared his live line tester. Panels were removed for annual maintenance a month ago and coincidently panel number 19’s back-plate had been replaced by that of panel number 21. The team correctly verified the panel tag but it was not the supposed trolley they were working upon. It is important to mention that in the hustle, the team had forgot to wear an SPE (special protective equipment) i.e. flash suit.

Testing and confirming of the shutdown

After exposing the 11 KV cable, the AM took upon himself to test the line for shutdown and presence of induction voltages. At the time of dispatch, his foreman had packed the wrong tester with him (LV meter). The AM also failed to recognize the stupidity and applied the leads as he was expecting a routine boring SOP bound testing. Things had gone very wrong for both of them. 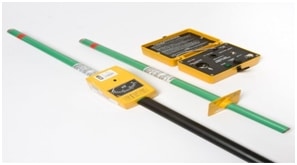 Upon the penetration of PVC coating, an explosion was observed by the protection team standing at the safe distance. Both the AM and his foreman were found lying unconscious and burnt and were evacuated to a hospital. The assistant manager expired.

While testing a live 11 KV feeder cable by LV tester, two persons had suffered electrocution and deep burns at their workplace. Every accident is avoidable and following causes were identified:

Safety coordinator of the grid station devised a preventive measure plan for the subject fatal accident. Following matters were highlighted with their respective remedial actions:

Engineers, just like many other professionals, work in dangerous scenarios and should remain fore-warned and fore-armed. Safety is serious matter and should be the primary objective of every engineering operation. Safety requirements should override performance expectations in order to avoid and limit workplace injuries.
K.

Your comments on this testimony? Express yoruself below.