The electricity prices change frequently, sometimes many times a day. This is largely due to the fact that the cost of generation is based on the real-time demands.

When the demand goes high, which usually happens when people and industries are using maximum power, the peaking plants are operated to meet the difference between the base load and the peak. These are usually more expensive to run, meaning that the electricity generated during this time is also charged at a higher rate.

Peak demand : when does it occurs?

Peak power, also referred to as peak demand, critical demand, or maximum demand is usually caused by spikes in usage which may result from a variety of factors. This may be due to increased usage in households, industries and commercial installations as well as during the cold and hot weathers when consumers warm or cool their premises.

The demand for electricity varies depending on usage. The usage may reach the peak level when many people are working, carrying out several household tasks such as cooking, washing, air-conditioning, etc. On the other hand the consumption is lower when the majority of the consumers, businesses, and factories are closed such as at night when people are asleep.

Peak demand is never constant as many consumers get connected to power while others acquire more electrical equipment and most of the peak demand caused by the power supplied to the households.

The peak demand lasts for a shorter period of time compared to the normal usage. However, the electricity companies must generate the maximum capacity and have the transmission and distribution infrastructure to handle the peak demand. 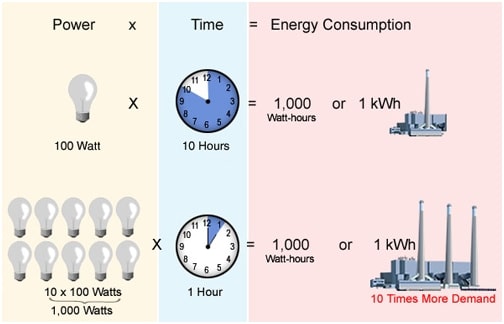 Unfortunately electricity cannot be stored and then supplied when the demand rises on a large scale; instead, it must be available whenever required. The generation capacity must therefore be built to meet the peak demand levels. This is usually achieved by building peaking plants that are operated only when the demand exceeds the base load.

Additionally, the transmission and distribution network must have the ability to transmit the extra power from the peaking plants, since this cannot be increased only during the peak demand. For these reasons, the network capacity is built in a way that it exceeds the peak demand capacity.

Electricity companies use forecasting to determine the peak demand and then build systems that can manage this, meaning that the systems are built for higher capacity, hence more expensive.

The system will therefore cost more to build and operate that it would have been when the demand is average. In normal conditions, only a fraction of the total power generating and transmission capacities are used. However, building and running such as system that supports all the loads is expensive. The cost is passed to the consumer; sometimes at each monthly billing cycle based on the amount generated using the peaking plants in that month. 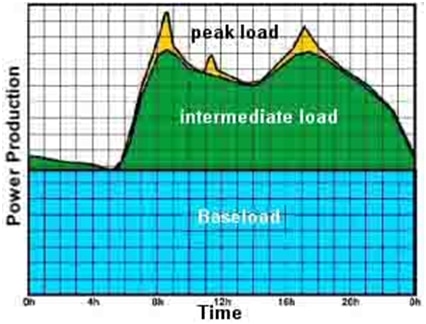 Electricity costs vary depending on the overall usage. This usage varies according to the time of the day, the day, weather and other factors. To efficiently supply their consumers, the electricity company must design and build systems that exceed peak demand.

This includes installing peaking power generators which are only operated when there is high demand. These are usually run on fossil fuels, making the electricity from the plants more expensive compared to the normal base load power.

The cost of building, running and maintaining the extra generating capacity and associated transmission networks is always passed to the consumer, so the higher the peak demand, the higher the electricity bills.

Thank you all for reading,
A.N.

What do you hink about A.N’s article? Comment below.