The carbon atoms are bonded in a hexagonal honeycomb lattice shape, which leaves each carbon atom with a single valence electron and this makes it a great conductor of electricity. It is due to this property that Graphene is considered to be used in high end electrical devices and research has proved that it would a great choice to replace the conventional circuitry and conducting materials with it.

Impacts and Applications of Graphene in Electrical devices

Since, graphene is a great electrical conductor that can accommodate the electrons to pass through at about one hundred times lesser than the speed of light so it has potential applications in several electrical devices.

But, if you incorporate a layer of Graphene in the same panel instead of silicon, then due to the overlapping of electrons in graphene, lesser no of photons will be needed to start a flow of charge and energy will be produced at a much faster rate than a conventional solar panel. Thus, the efficiency of a solar panel will be increased to a great extent.

In this modern age, computers are essential and a vital part of progress and development. Engineers have been working day and night to improve the efficiency of these machines and it turns out that graphene can prove to be quite helpful in this regard.

As you all know, computers are mainly composed of chips, and the circuitry in the chips has lots and lots of transistors in them. The purpose of a transistor is to conduct electrical signals that are in form of electrons. The more these transistors are in a chip, the more data it will transfer.

But, there is a limit to it so in order to go beyond that limit; graphene is considered to be used. Graphene will not only take these transistors to Nano-scale so that trillions could be inaugurated in a chip, but it will also allow a very fast passage of data.

It is believed that soon the conventional hard disks and processors will become obsolete and Nano-scale technology will take over; all because of this splendid substance.

As mentioned earlier, graphene is composed of a single layer of carbon atoms. Its structure is very smooth and crystalline in nature which makes it perfect to be used in transparent screens. Application of such screens is commonly seen in Plasma TV sets and touch screen devices like android phones, tablets etc. The screen of a Plasma TV or of an android has a coating of indium tin oxide which helps in producing sharp and very clear images.

But, besides their sharpness, these screens are very costly, so in order to reduce the cost factor and to achieve far greater resolution, graphene can be used. It is a very strong macromolecule, very transparent and conducts at a very fast rate; all making it a perfect material to replace indium tin oxide. 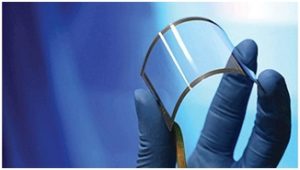 A capacitor is a device used to store electric charge. The plates of a capacitor are usually composed of a conducting metal like aluminum with a dielectric medium in between them. Capacitors are mainly used in chargers and in several electrical appliances. Each capacitor with a different capacitance value has a different time period for charging and discharging.

But, if graphene is used instead of aluminum, then this time period can be reduced to a very great extent, so much so that you will be able to charge your iphone in only 5 seconds. Also the chargers will be small in size and less costly.

Light sensors are known as the core ingredient of a modern day digital camera and so far CMOS and CCD designs have literally rocked the photography world. But, technology evolves and things are replaced with newer and better ones. In this regard, graphene sensors will soon wipe out the CMOS and CCDs because they are believed to be a thousand times greater in terms of light sensitivity.

The advantages of graphene sensors will be that they will require ten times less energy than others and the image results will be awesome. 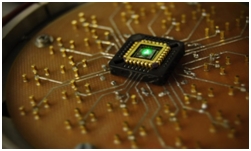 The potential applications of graphene show us that if used on a large scale, it will simply dazzle the world of electrical devices. But, research is still being carried out to make it cheap enough so that it might be used on a large scale in appliances like solar cells or batteries. Scientists are also focusing their research to use its strength and replace aluminum based objects like aircraft parts with graphene.

Bottom line is that there are certain problems hindering its large scale use, but in a not so distant future, graphene will become a very important material and will have a great impact on upcoming electrical technologies.