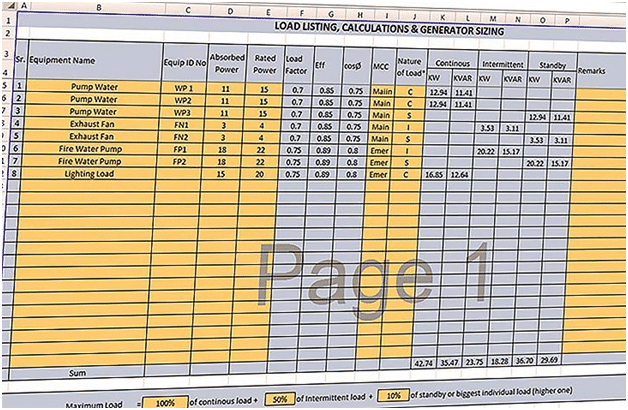 Among the list of Electrical Design documents, Electrical load list is primarily the most important document. The load list, also known as the load schedule, is defined as a document that calculates an approximation of active, reactive and apparent power of instantaneous electrical loads that are being used in a project [1].

The equipment used to form a load list can include different types of pumps and motors, mixers, Distribution Boards (DBs), Uninterrupted Power Supplies (UPS) and compressors. Although a load list is quite a simple task, but if you are preparing it for the first time then it will take you more than one try to get it right.

So, today we will discuss the dos and don’ts of preparing a load list that could work as a checklist for you:

It might sound silly, but it is very important to cross check the data you obtain for each and every equipment. First, you note down the various equipment and write them according to their types (motors, pumps). Then, you note the tag number, sheet reference, voltage, phase, frequency, absorbed load and rated load. This step is very important for the calculations.

Use A Performance Curve 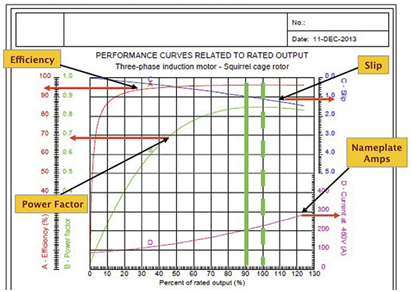 Once you have gathered all the information, you move on to the next part: calculations. A power triangle is shown in the figure below that is used to calculate the real, reactive and apparent power.

The apparent and reactive power can alternatively be derived as:

There are three types of load duty: continuous, intermittent and standby. There might be more than one equipment present on the sheet because one will be continuous and the other standby (otherwise known as spare). You should not ignore the spare and write it in a separate row identifying the type under load duty. 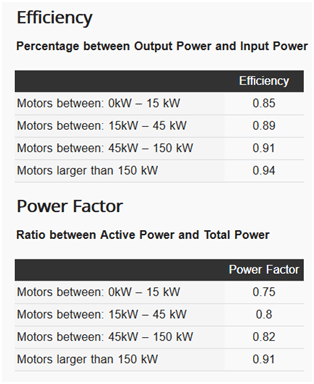 Use The Same Formula For Single And Three Phase Loads

Although calculating the power is an easy part that requires simple calculations, it should be noted that the formula for real power is different for single and three phase loads as given below:

Mixing up these formulas can greatly affect the next step in the Electrical Design Documents so it is always better to double check.

When you have completed the process of load listing, you can move on to sizing other equipment. Electrical load lists help engineers in narrowing drawings on bundles of sheets and presenting an excel sheet that contains all the information. So, look out for my next article where I talk more about design documents and their limitations.