One of our member sent us this article few weeks ago. He wanted to debate on this question: the important differences between electrical and electronics. Check the main differences according to this member…Will you agree?

These are very different areas of engineering discipline which are easily confused and hard to differentiate. This is because they both involve the intensive application and transfer of electricity around numerous mechanical components.

However, that is where their similarity comes to an end. To adequately know the proper distinction of the two, there are quite a number of factors to be analyzed about the two relatively comparable disciplines. 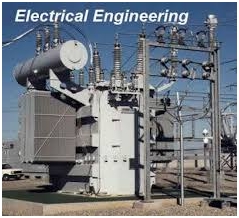 Basically, Electrical engineering is the engineering field that handles the study and the application of electrical power, electronics, and electromagnetic forces.

Electronics engineering is the discipline in which active electrical and non-linear components, for instance semiconductor devices, particularly integrated circuits, diodes, and transistors, are applied in the design of electronic devices, systems, and circuitry.

Applications in the Technical Field

Electrical engineering involves circuits that have no processing or rather decision making capabilities as they merely deliver power to a specific machine and mechanism that uses electricity. On the other hand, Electronics engineering involves electrical circuits that have the ability of signal interpretation and execution of a certain instructions to eventually perform a given task – for example, those that are found in the computers.

Difference in the Size of Components Used In Each Discipline

Components used in the field of Electrical engineering tend to be bigger in size as compared to those used in the Electronics engineering field. The electrical components are very large, for instance those found in factories and power generating stations, whereas electronic components are conventionally up to about a few atoms in width, for instance the microprocessors which in turn consists of much smaller constituents inside it.

Difference in Type and Scale of Power

Most of the Electrical Engineering appliances make use of AC voltages (Alternating Current) of roughly 230 Volts AC domestically and sometimes in industrial applications involve much larger voltages of up to much more than 100,000 Volts, whilst Electronics engineering appliances tend to make use of DC voltages (Direct Current) which are essentially small, often operating with about 3 to 12 volts DC.

When it comes to the occupational description, Electrical Engineering professionals come up with the design, development, and then perform the testing and the supervision of the manufacturing process of electrical equipment. 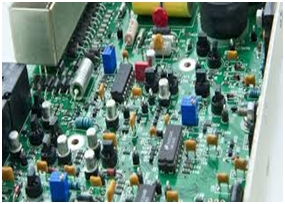 This comprises of the design of anything from the simple electrical motors and circuit systems present in automobiles and even airplanes to working in conjunction with project management individuals to watch over the safe installation of equipment that deals with power generation.

Electronics engineering personnel, on the other hand, tend to come up with the designs and further develop electronic-related equipment.

Time and again, they work in positions that have very close relation to computer hardware. They also perform the designing and building of a wide range of electronic devices and equipment like flight systems, audio visual equipment, communication systems, satellites, and even sonar systems.

Though the two engineering disciplines may seem similar and confusing, they are very different when it comes to what they are involved in. Most of the time, they tend to go hand in hand in the industrial applications. Quite a number of colleges and universities have even merged the two to come up with a single field of study as they are almost always involved in the same type of applications.

What do you think about this comparison? Are those the most important differences between electrical and electronics engineering?