Read this short essay by one of the electrical engineer following this blog. Will Daylight Saving Time (DST) be finished soon? Here is his oopinion on the subject. You too tell us what you think in the comment area below. 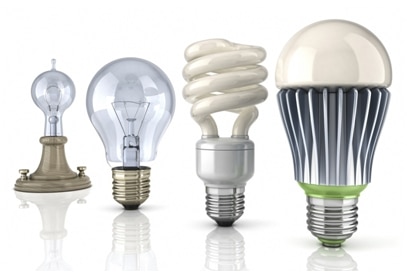 Many people believe that with new improvement in low energy light producing (LEDs), the Daylight Saving Time (DST) would not be applied soon and would become an old-fashioned thing.

From our childhood, we remember that we have changed our time twice a year as daylight saving time. For Europeans and other places in the world, it happens once in the beginning of spring and next in the end of October. The main reason is to save energy and keep the lights off more.

This issue was invented by George Hudson from New Zealand in 1895 and it was implemented from the first years of 20th century in Europe and gradually developed in many countries, especially after the energy crises that occurred in 70’s decade.

But after a century, there are two new changes in human life style:

Let’s take a look in this revolution that happened in last 100 years. For many people Incandescent lamps is recognized with name of Thomas Edison, his efforts and his inventions.

Although, the Incandescent lamp was a revolution at its time, it generates light with current passing through a filament and simultaneously produces too much heat, which make it high energy consumer. It also had some other disadvantages like short lifespan, fragile and hard to transport.

After that, we had new other light generating methods like:

Who knows what is coming next. It is not unexpected that we see new lamps with more efficiency soon.

There are many disputes on DST that affects its energy saving aspect and made it inefficient today, for example:

In contrary, others are accustomed with DST and insist on it. For example they say that we don’t want to send our children to school in darkness and many other issues like that.

However, it seems that we are in an intermediate era and in the near future we will expect to eliminate DST from our life. We will see!!!

Do you think that Daylight Saving Time would be finished soon? Let’s exchange in the comments section below.