The other day, a 20 years exprience engineer from Pakistan, Muhammad A., explained us why it is important to be a fundamentalist as an engineer.

Today, here’s part 2 of his interesting point of view. Give him your impressions!

I have never been to China, nor have I ever had much interaction with any Chinese individuals. All I know about them is from the literature and the media. 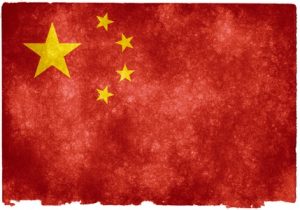 But I know certain things about the Chinese. They are a fast developing developed nation and the most populous of all nations. They are highly disciplined and hardworking; show a greater uniformity in build, height, and color than other nations; are humble and polite; and can eat almost anything.

I may not personally like all these traits. The last one rather puts me off. But I have great respect for Chinese people. What made me such a fan of them without interacting with them? I will tell you a story…

In the early seventies the mainstay of fighting power with Pakistan Air Force consisted of Chinese made MiG 19s named as F-6s, and some newly acquired French Mirage-3s, along with some few American Starfighter F-104s. My normal responsibility was the avionics equipment aboard the Mirage. But just for cross training purposes I was given a course on the F-6 also. It was a routine matter, as part of training of young engineering officers that they were trained to various levels of familiarity and expertise with more than one weapon system, while they normally specialized in one only.

During one such ‘fam’ (familiarization) course I was taught about the F-6 avionics suite. The reading material, called a ‘précis’, was a set of cyclostyled and stapled sheets as photocopier was a rare item- a luxury. The material was written in such horrible English that typographical mistakes would not detract much from its quality. The material had been translated possibly from the brief Chinese language manual that came with the aircraft, and ‘edited’ by the Pakistani instructor who would normally be a non-commissioned officer.

In those days Google translator did not exist but these days when I see some Google translations of non-English technical documents into English I recall those ‘précis’. The experience of reading those précis was somewhat like receiving voice signals on a low frequency carrier under heavy static noise and passing the detected audio through an overly narrowband circuit.

Pardon me, dear readers! I have given too lengthy an introduction. So, let us get on with the real thing. Aircraft are supposed to have an altimeter of some sort to know their clearance from the terrain below. Radio altimeters in those days used a frequency modulated transmitter.

What I describe below is deduced from what I could guess from the ‘precis’ and the lecture of the instructor.

The F-6 aircraft also had an altimeter. It had, if I remember correctly, a medium wave transmitter which was frequency modulated sinuosoidally. Frequency modulation is very simple today. It is a matter of getting the right varactor for the tuned circuit and applying the variable control voltage. It was not that simple for the Chinese at that time. They had no varactors. Import was probably impossible for various political and policy reasons.

That could have been a dead end for ordinary people. But not for those determined Chinese electrical engineers working on this program. Radio altimeter was essential for MiG-19, and MiG-19 for the national defense. So they started looking for an alternate scheme.

What they did (my memory is now vague, as I did not really work on the altimeter, but I hope what I remember is fact) was absolutely admirable and based on electrical fundamentals. I can now imagine the thinking must have run something like this: 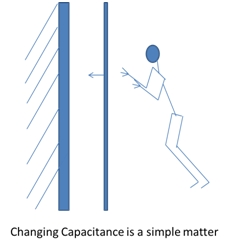 But how to move the plate?

“Mount it on a permanent magnet spring-loaded on a shaft.
Apply a variable magnetic force on the magnet by a current in a coaxially mounted coil.
The plate will move.
Capacitance will vary.
Frequency modulation will take place.”

Being an electrical engineer you will agree that the scheme if implemented properly should work. And it did work! The radio altimeter worked, and the F-6 flew. F-6s were sold by the Chinese to many countries including Pakistan. Hats off to ‘Fundamentalism’ of Chinese electrical engineers!

Thanks for reading,
Muhammad A.

We tought this was beyond interesting. As engineers, have you ever worked with collegues from China before? Can you relate? Chinese fellows engineers, do you aprove what have been said?