New article in our mailbox from last week about the use of electricity in the ancient civilizations. Pretty interesting isn’t it? But do you believe in it or not? You can also send us articles by mail.

What is the purpose of this article? It’s pretty simple, actually. In this article, I wish to reinforce the fact that the ancient civilizations were far more technically developed than what most people think. And, most important of them all, I want to discuss about the existence of electricity in the ancient times.

There is enough evidence that in ancient times, people knew of static electricity, though they did not know how exactly it worked. It is understood that they observed the lightening during thunderous storms, and tried to recreate the same in smaller size with use of cat fur and amber. It is said that a philosopher from Greece (known as Thales of Miletus), was the first to produce static electricity by rubbing cat fur against amber (known as Elektron in Greek).

Using this principle a machine was constructed that equips two discs, one covered with leopard fur and other with amber to produce visible sparks. 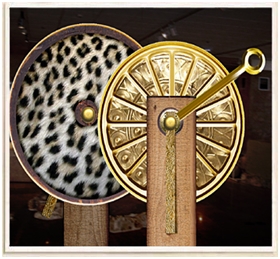 This picture depicts that by spinning the disks in opposite directions, a static electrical charge could be transferred to the gold foil strips to create visible sparks.

Knife fish, also known as Electrophorous Electicus, which is capable of producing a 600V electric shock, is said to be first discovered by the ancient Egyptians. They captured and bred these fishes as they believed that they can be used to get rid of certain ailments. It is also said that, it was the Greeks and Romans who first discovered (c.47AD), that unrelenting headaches can be treated with an electric shock generated by the knife fish. 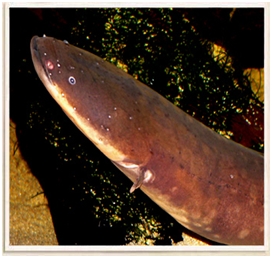 Later on, in the year 2009, Boston doctors successfully treated migraines with shock therapy. Though there are certain traces of evidence, the debate still continues.

The pot like batteries you are seeing in this picture were discovered in the year 1938, in Baghdad, and are believed to be built in between 224 AD – 640 AD. These pots contained a copper cylinder which was open ended with an iron rod embedded in the centre. Each pot was approximately 13 X 3.3 cm and was much similar to the galvanic batteries that were later discovered. 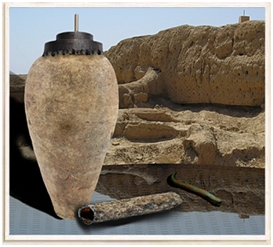 And, according to a scientific paper produced by Konig in the year 1940, these pot batteries were used to generate electricity in the range 0.75 to1.1 V.

In the year 1931, three rock collectors discovered an interesting piece of rock in the mountains of Olancha, California. One of the geode collectors, Mike Mikesell took it home with him and cut it in two halves only to find some interesting acts. There was a ceramic cell located within the specimen with a small metal core embedded in the centre, just like a small spark plug. 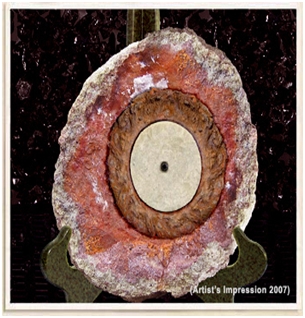 According to professional geologists, the specimen was 500,000 years old and was probably used to perform functions similar to that of a spark plug. However, few experts say that the specimen is no more than a rock, which for years, has been concentrated and clustered with local fossils. Debate still continues.

Though most non-believers continue to dismiss the above evidences that support the existence of ancient electricity, “as a complete misinterpretation of evidence”, I personally believe that there is certainly some extent of reality attached to these evidences.

If you feel the same as me or otherwise, after reading this article, please feel free to leave a comment. Both negative and positive feedback are a welcome.