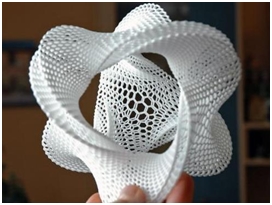 Without doubt 2013 has been a year of technology driven innovation. 3D printing represents one area of progress achieved. Development went so far in the area that researchers were able to print a bionic human ear.

Evolution within 3D printing is coming towards the domain of consumer electronic too. This can be seen with a recent development that researchers were able to employ 3D printing to make a loudspeaker. It makes the process as simple as printing a product that is ready to go.

Rapid transformation is being seen with respect to ‘technology maturing’ where items from various blueprints can be made from material such as plastic, ceramic, glass and metal.

3D metal printing is considered as an advanced manufacturing technology which makes use of advances that have been made in conventional 3D printing. With the rising public interest and mass online exposure, this form of printing is going under metamorphosis at a rapid rate.

The speakers, made by researchers at Cornell University, were able to achieve the task through three materials: a plastic housing, conductive coil and a magnet.

The example of printing of consumer goods shows how effectively 3D printing can impact the electronics market. More specifically, it can allow the area of customized electronics to flourish. People with even basic background on circuits and electronic goods, can generate blueprints, and successfully employ 3D printing to achieve cost effective production.

In the case of the loudspeaker, a very simple protocol was used. The researchers used a customizable research printer (Fab@Home) and employed the use of silver ink (conductive). The coil was printed using the silver ink. To make the magnet, viscous strontium ferrite was used. For the housing task, conventional plastic was used.

This shows the ease with which the task can be accomplished.

Global precedents are emerging with electronic devices being printed with the help of 3D printing. An innovation has been achieved in UK where engineers have created a new type of plastic that can conduct electricity.

The material that has been used in the process is termed as ‘carbomorph’ and can be used to print a variety of products ranging from a computer game controller to flexible sensors. 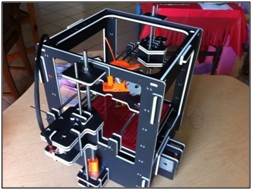 The special property of carbomorph is that it can be used to print electronic circuits. Carbomorph is made out of a carbon rich composite material which may very well revolutionize the production of electronic devices and goods.

This material can be used with the common plastic used in 3D printers. Within a couple of years, it would be possible to print innards of objects such as mobile phones in no time at all. In the existing production model, interior and exterior forms are made separately.

The property of carbomorph material is defined as ‘piezoresistive’ and allows it usage within mechanical flexing devices. When the material is added into a device, it can be hooked to a capacitive sensing system. Since the material conducts electricity, it can result in 3D printed Human Interface devices. Such devices have a lot of impact from healthcare perspective, where they can be used to detect levels of important components such as glucose. In the case of electronics, they can be used to detect presence of fluids or leaked liquids.

Already other disciplines such as nanotechnology are benefiting the field of electronics. The focus at micro level is allowing better and efficient systems to be created. Furthermore, automation has become a norm within many devices.

The science of 3D printing and specially its rising cost effectiveness has provided a unique opportunity for engineers. Furthermore, from a learning perspective, it can allow prospective students to learn important production procedures without a major industrial infrastructure.

Domains such as nanotechnology are also assisting 3D printing in a way that it can be better incorporated in engineering. This can be seen with the example of sensors that has been described above. The carbomorph material can be ‘nano’-printed and substituted on various systems in order to increase sensitiveness. Secondly, the diversity of the circuit can also be improved using such an approach.

3D printing has evolved from a novelty science to more of a commercial venture. Its efficacy can be seen in examples seen above and the cost reduction is a major factor for spurring increase usage. Even people with average knowledge of engineering can take a dab at making products and customizing them at their will.

What’s your opinion on this topic? Have you already heard about it?