Answer from Didier Mignardot: When Lightning Protection System (L.P.S.) is implemented, all metal conductors (including the electricity distribution network) must be interconnected.
Everything is described in IEC standard 62305-3 (Protection against Lightning: Physical damage to structures and life hazard) and in particular in the following chapters (5.4 & 6.1 extracts): 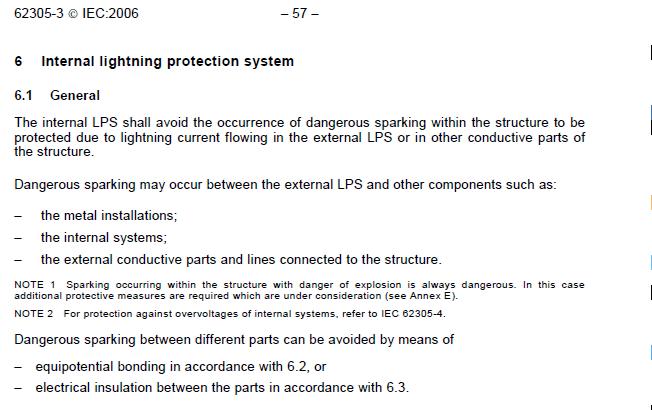 Please refer to this IEC standard 62305-3 and also other part like :