[/caption]
Protection against the destructive lightning effects should be considered globally.

To avoid the fire of a building we will use the “external”  lightning protection system such as lightning conductor or meshed cage.

In the same way, we will install Surge Arrester or surge protector (also called SPD, Surge Protective Device) in the Electrical main board to protect sensitive electrical equipment against surges generated by lightning strokes fell close or directly on the building.

15 years of experience in the field of surge protection lead me to write that the technology and understanding of phenomena has evolved. However, further issues have to be clarified …

One of the main issues to clarify in my opinion is the behaviour of the surge arrester, “surge protector“ (SPD) implemented in an electrical panel. Today many designers think it is enough to connect a surge protector (SPD) on the grid so that it provides protection against surges caused by lightning effects. Of course, this role is the main function of the surge protector (SPD). Nevertheless we have to consider its integrity in operation, outside a period of storm, mainly during the permanent fault on the electrical power network. 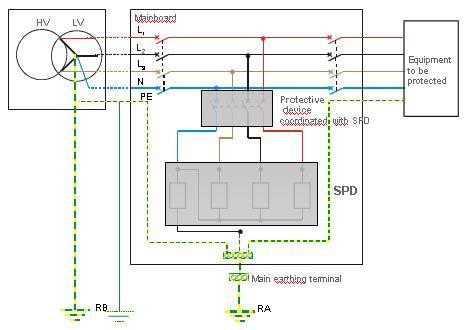 In other words, a surge protector (SPD) must be coordinated with a safety protective device that disconnects from the network when the SPD is in short circuit. The cause of this development are mainly short-circuit failure of the neutral or permanent overvoltage which unfortunately appear on the electrical networks (from current or renewable energy)

Surge protection can be effective and safe if this association is coordinated with its protective device (Circuit breaker or fuse). For example, surge protector (SPD) with nominal current discharge In=5kA should be associated with a circuit breaker C curve – 20A, breaking capacity consistent with Isc of the electrical installation from (6KA to 25kA) 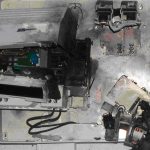 by the way, you can visit this site :  Interesting web site dealing with the lightning phenomena in the several fields as meteorology, medical, scientific and technical –  in French and English languages