Solar energy is a huge resource that remains hugely untapped. Though it is cheap, readily unavailable and clean, like every other system, it does harbour a myriad of challenges and problems. The following are the major drawbacks…

Though the cost of solar energy has dropped drastically over the last decade, the cost of mass production for mass and industrial application still remains high compared to other options.

In addition, the semiconductor factories produce highly toxic waste, which, if not properly disposed of, is destructive to the environment.

These factors do heap pressure on the manufacturers, which slows down the adoption of the technology, especially for medium and large-scale use. However, the introduction of cheaper solar cell material such as cadmium telluride for the panels shines a bright future for the energy option.

Integration into the power grids

Although small-scale (Home use) solar power generation is a fairly cheap and easy process, large-scale distribution and transmission tend to be expensive. Take note that areas that require the extra boost already have existing grids in place. The traditional grids tend to be static, thus complicating the integration process.

Integrating solar power into the system is capital intensive and complex. The high skill set, equipment, and research required for the process can significantly escalate the cost of the project. 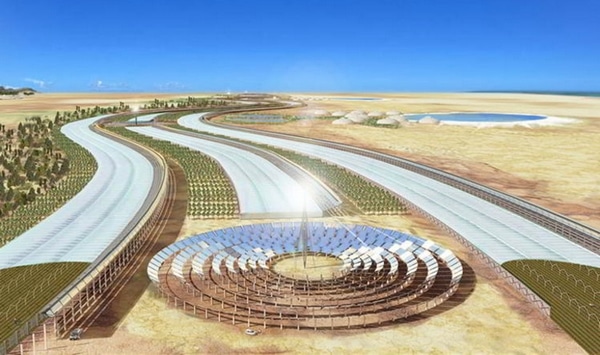 In the same vein, siting the solar power alongside the existing grid, especially for large-scale distribution systems, is capital intensive, alongside the myriad of permits and licensing procedures required for the process.
Such barriers usually pose a challenge to investors and renewable energy enthusiasts, regardless of their best intentions.

In the same vein, large-scale production of solar energy requires large tracts of land. Such spaces tend to be far from the cities that require the power. The distance necessitates the need for long transmission lines and other equipment. In many instances, given the inefficiency of the cells, and the unpredictability of the weather, such projects are deemed unfeasible.

Regardless of the abundance of solar energy, the technology in place to harness it is inefficient. The solar cells we have available have the capability to convert the solar energy into electricity at an efficiency of 10-20%. Add on the high cost of manufacturing the cells, and what you get is a costly source of injecting power into the grid.

Engineers thus have the challenge of sourcing more efficient materials, as well as cheaper manufacturing processes and techniques. Another way to increase efficiency is to design panels that move to meet the sun’s direct rays to maximise on exposure and absorption.

Though the above challenges, amongst others, do shed a dim light on the future and feasibility of solar power, researchers and engineers continue to research on innovative and more energy efficient methods, processes as well as feasible energy storage facilities. The sun has immense energy that needs to be harnessed and directed for productive use.

Do not hesitate to leave your impressions and comments below so that we can discuss :)
Steven Mill