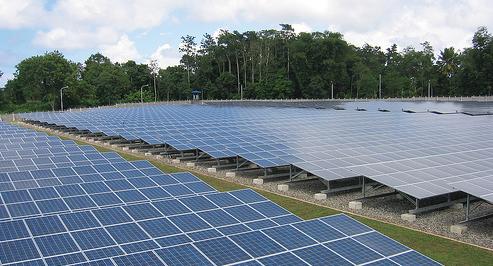 Solar electricity : photovoltaic
French experience & European links
– The UTE guide 15-712 which defines precautions for photovoltaic systems or installations will be reviewed. Why?
– What are the main axes of the photovoltaic Commission of Gimelec?
– What should be done in addition in order to optimize the development of the photovoltaic (PV)?

The UTE guide 15-712 which defines precautions for photovoltaic systems or installations will be reviewed. Why?

Released in February 2008, this guide is a supplement to the standard C15-100 which states electrical installations rules in France. After more than a year of practice, certain clarifications were needed. For example, we see in the market new photovoltaic panels requiring earthing of a polarity. This issue was not addressed in the first version. With regard to lightning protection, harmonization is needed between the C15-100, 15-712, and some texts in preparation at European level, within another guide. This revision work has started during the month of May 2009. UTE works in parallel on draft guide for the remote sites. In the future, the text about installations connected to network will be called 15-712-1, and the one about remote sites 15-712-2.

What are the main axes of the photovoltaic Commission of Gimelec?

-The first one is marketing: promotion of photovoltaic to different audiences.

-The second one is technical: to push forward the standardization work, which is very important to ensure full security of photovoltaic installations and therefore to boost this sector.

-The third is organisation:  to aims to educate all market participants to the necessary simplification of administrative procedures. Thus, while France’s objective is to reduce to 4 months the deadline for connecting a photovoltaic (PV) installation in the network, some European countries like Czech Republic, where the PV is growing strongly, has a lead-time less than a month.

What should be done in addition in order to optimize the development of solar electricity (photovoltaic)?

Training of all concerned actors is a high priority. Efforts by professional bodies should be developed and strengthened. The second point concerns the organization and mode of operation between the professionals, electricians, roofers, heating engineers or even plumbers. Photovoltaic’s requires either to acquire new skills or to develop collaborations between jobs & actors. This movement is natural, but should still be enhanced.