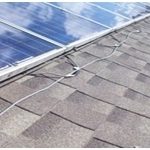 Solar panels are great. Not only are these photovoltaic modules a great option for micro power generation, but they also provide clean, renewable energy. Before going ahead to install or procure a solar panel, there are certain parameters that define its properties, which you should be conversant with.

Read more to find out what are these paremeters as Tido, an electrical engineer, explains and gives details for each of them. Don’t forget to leave a comment and send us articles via email too if you want to participate in this blog!

A solar panel properties tell you the capacity of the module, its efficiency, and its suitability. In readymade panels, these parameters are provided as ratings, and they vary from module to module. However, if you intend to build your own module, these parameters would act as guidelines.

The following are some important parameters in solar panel installations. It’s important to note that these parameters are derived under standard test conditions (STC). STC for solar panels are cell temperature of 25°c, solar irradiation of 1000W/m2 and atmospheric density of 1.5. 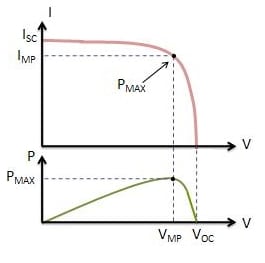 Pmax is the highest power output of a solar panel under standard test conditions (STC). This is the value that most refer to as the “size” of the solar panel, and it’s measured in Watts. On a current-voltage curve, the Pmax is derived from the maximum power point by multiplying the current by the voltage at this point. The higher this value, the more “powerful” a solar panel is.

The Vmp is the voltage generated by the solar panel when the power output is highest. It is the actual voltage that the panel should read when it is connected to a charge controller or an inverter under standard test conditions.

The Imp is the current (amps) generated by the solar panel when the power output is the greatest. It is the actual amperage the panel should read when connected to solar equipment under standard test conditions.

Open circuit voltage is the number of volts the solar panel generates with no load across it (in an open circuit). It is obtained by measuring with a voltmeter across the positive and negative terminals. Since no load is connected to the panel, current is not produced. The Voc is a very important parameter, as it is determined the number of solar panels you can connect in series.

Short Circuit Current is the amount of current solar panels output when not connected to a load. It is measured by creating a short circuit between the positive and negative leads. When determining how many amperes a connected device such as an inverter or a solar charger can withstand, the Isc is used. It is generally multiplied by 1.25 for safety requirements.

Panel efficiency is the total amount of solar energy that can be converted into actual electricity by a solar panel, under standard test conditions. A more efficient panel is takes up slightly less space to produce an equal amount of power than a less efficient one.

A complete solar power system typically consists of an array of several individual solar panels. The total system voltage is the maximum amount of voltage the system would output when the panels are connected together. It’s a product of the individual modules’ voltage rating and the total number of panels used. If 12, 40v solar panels are connected in series in a system, the total system voltage would be 40v × 12 = 480V. The more voltage your desire, the more panels you require.

This is a measure of the range of electrical power a photovoltaic module can generate, higher or lower than its specified capacity. A solar panel with a power tolerance of ±10% and a power rating of 200watts can generate a maximum of 220 watts and a minimum of 180watts. The upper tolerance limit is called positive tolerance, while the lower limit is negative tolerance.