Hey, it’s Steven Mill! Last time I told you about improvements of light absorption in semiconductors. Today, I’m going to tell you about another improvement directly related to transformers. Will you be convinced by it?

In late twentieth century, transformers were considered as a breakthrough in the field of modern electronics and power transmission systems. They made everything easier, whether it was power control, transmission and distribution.

However the conventional transformers had some disadvantages as well. The major among those disadvantages is power loss in the form of heat, especially during the summers. Also the cooper gets worn out with time and there are hysteress losses as well.

In order to overcome these problems and to achieve flawlessness, scientists devoted a lot of their time and energy to develop a new kind of transformers that are far better and effective than the primitive ones. They are known as Solid State Transformers.

What are Smart Solid State Transformers?

Solid state transformers are quite different from the traditional ones in terms of structure and working principles. A typical transformer is a device that works on the principles of induction in which electricity is transferred from one coil to another and is stepped up or stepped down, depending on the relationship of the coils. Whereas, a smart transformer is a solid-state device that serves as a power load with the ability to distribute and provide optimal power to loads.

This “intelligent device” is a composed of some sophisticated electrical hardware like high-powered semiconductor components, conventional high-frequency transformers and control circuitry whose purpose is to arrange a high level of supple control to power distribution networks.

If some communication capability is added to this arrangement then the resulting setup would be known as a smart solid state transformer. 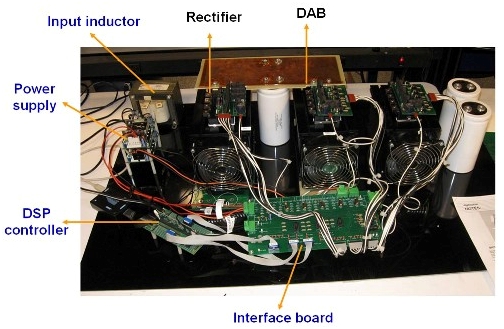 Solid state transformers are indeed the most important invention for improving the power distribution systems. They act as a power supply for building and loads. Their functioning is very novel because unlike a tradition transformer, they deliver voltages at specific frequencies required by different systems in a building. It is almost similar to a computer motherboard which distributes power to its components as per their needs.

These smart transformers are in their initial stages but they will soon hit the markets. The reason is that they are way too effective than the ones being used right now. A solid state transformer operates at a much higher frequency range and its physical size to mass ratio is more than 1:100 in comparison to a typical transformer.

The new prototypes of this technology are quite supple in nature. These devices utilize diodes, transistors and several semiconductor-based electronic devices that are specifically modified to handle high levels of power and they happen to switch on and off within a matter of milliseconds.

Apart from this, these transformers are designed to respond to signals from the load or utility. They can alter the voltage and other features of the power they generate. They are capable of converting the output from DC to AC and they can also take in DC and AC power from the source and revise the frequency and voltage according the requirements of the grid. 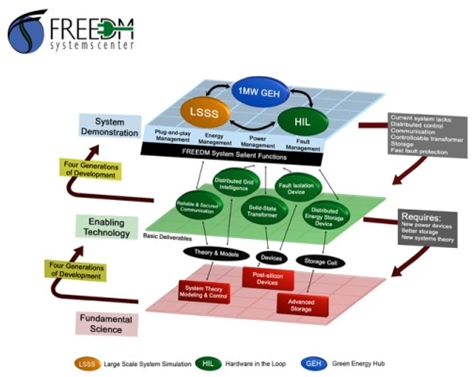 Smart solid state transformers are far more effective devices with a number of advantages. The first and most important one is that they are energy efficient. This means that they can deliver much more power through similar wires at a faster rate. It is estimated that their power transmission capability is 10 times greater than the traditional transformers.

Moreover, these transformers have the ability to deliver diverse power like 400 Hz services, 3 phase power and DC service through a single phase line. Not only this, but the power quality is also much refined. This is achieved by inaugurating Sag correction and harmonic filtering setups in this device.

Another major advantage is that it is cost-effective. Since the transformer can be used in different configurations, so there ought to be less parts and inventory. With lesser number of parts, both the costs of manufacturing and maintenance are reduced.

Last but not the least, this device is environmental friendly. There are no perilous liquid dielectrics or hazardous elements in it.

However, there is a major hurdle or disadvantage that has hindered its large scale production. It is based on semiconductor devices and currently there are no semiconducting material arrangements that can handle as much as 10kV grid allocation voltages. 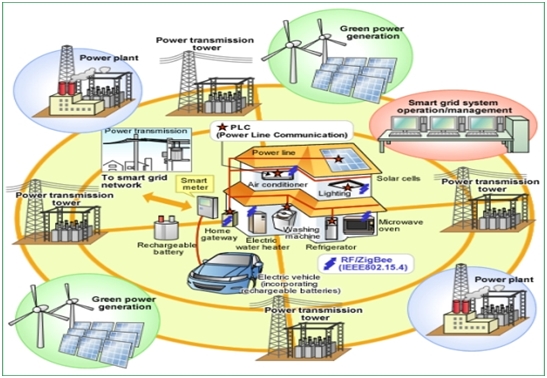 It is crystal clear that smart solid state transformers are reliable and efficient than the old ones in every aspect. However, certain other factors like producing this machine in bulk such that it is economically feasible and a few scientific restrictions has restrained this beautiful technology to be used on a large scale.

But those days are not far when all of the traditional transformers and power transmission systems will be wiped out and replaced by this impeccable device.

What do you think about this new kind of Transformers? Are you convinced? Let’s exchange!