For centuries energy harvesting is in use in different forms like watermills, windmills, solar power systems etc. with the passage of time technology has improved till reaching today’s modern age. This method is relatively slow as compared to battery-power consumptions but has some advantage for which they should be preferred.

Firstly, they have no undesirable pollution effects on environment. Secondly, the sources used are abundant and could be used unlimitedly.

Researchers have been searching alternate ways of energy production that are less expensive and compact and are harmless to the environment. These researches have made their way to the discovery of “energy harvesting” (EH).

Energy harvesting replaces the need for conventional power sources and wires or replacement batteries. Many products have been introduced, that instead of using electrical batteries, will use ambient energy and convert it into electrical power.

These devices can use electromagnetic, thermal, or mechanical energy, vibration, pressure, and flow of liquid as sources to generate electrical power. This electrical energy is stored in durable cells like capacitors or MEC and is used later.

The best use of EH is wireless devices and sensors that use battery power to operate. 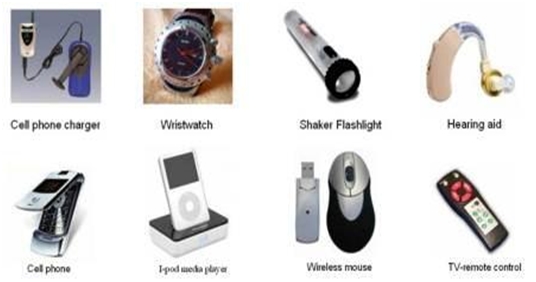 There are numerous advantages of energy harvesting:

Firstly, it eliminates dependency on battery system and relies on internal energy storage completely. The ambient energy is collected and converted into electrical energy. This energy is protected and stored in the device so that it could be used if at any time ambient energy is unavailable. The device uses it when necessary. In this way inconsistency in ambient energy doesn’t make any hurdle in device’s processing.

Second benefit of EH is that the setup is easy to install and hence saves cost a lot. Moreover, these devices do not require maintenance, unlike battery setups that require regular visits and attention for replacement. This is said to be the greatest reason why people are preferring energy harvest over battery energy.

Another advantage is that such devices are self-powered so they remain functional for long time, probably as long as the ambient energy is available at the place. They can work on form a long duration without requiring any monitoring.

Then they also reduce the cost caused by the use of batteries, and replacement of batteries after regular intervals. They save environment from damage done by these batteries at their disposal. 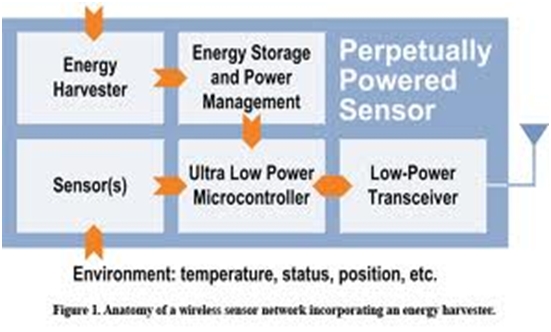 The amount of energy required varies from device to device. The extra amount of energy produced is automatically stored in the device. For an energy harvest, management of sites, systems and devices in use is important. Generally for enhanced security of devices and to access them remote wireless sensing devices, personal identification systems etc are used.

The energy harvest system also has some threats:

For example, there may be time when ambient energy is not present on site. For such conditions large amount of energy should be stored in capacitors etc. also ambient energy may vary from time to time. This fluctuation can damage the device and the system. There should be proper mechanism to control these fluctuations and protect the device.

Moreover, varying environmental conditions can also damage energy harvesting system. They should have proper system to operate under unfavorable conditions as well.

The energy harvesting market is increasing day by day. According to an estimate by 2020 energy harvesting components will be more than $4 billion. Europe, Japan, North America and China are currently the market leader in EH.

Basic reason by each country to invest in it is to reduce the cost associated with battery energy system. The other reason is to get a long-term operating energy system that does not require regular monitoring.

In the near future, this Energy Harvesting technology is going to replace the energy source of a lot of products at customer as well as industrial level. It is a compact energy source for many portable electrical products, which is also more economical than electrical batteries system.

Ambient energy sources like solar and wind power are abundantly available in all parts of the world. If properly managed and used, fossil fuels could be replaces with EH to save cost as well as global atmosphere.

Moreover, electrical batteries have toxic materials in them that on disposal cause pollution in soil and water.