Without energy i.e. fuel and power utilities, we cannot survive but the problem is that producing this energy costs a lot. For the past couple of years, this issue has received a great deal of attention from leaders, scientists, environmentalists and economists throughout the world.

Many engineers and innovators have been working on introducing methods of producing cheap and economical energy. In this regard, many efforts were quite fruitful.

Electricity production has always been costly and most of the production is done using carbon reserves of the world like oil and coal, which is ironic because these resources are not only non-renewable but are also very costly. So, as a remedy to this situation, cost effective and renewable energy sources like wind power, biomass (microbial) generators and solar panels are promoted throughout the world.

Wind power projects are a great source of producing cheap energy. Wind turbines have been used for centuries for different purposes and nowadays, they serve as a means of harnessing wind energy into electrical energy.

The functioning of a wind turbine is very simple. When a wind of about 15 Km per hour is blowing, it causes the rotor to rotate which provides enough mechanical power to the generator in it to produce electricity. 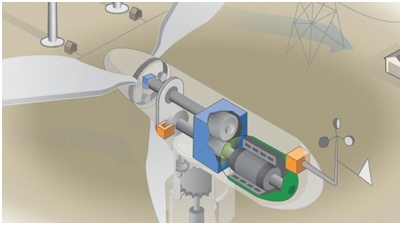 The output is also great and it is estimated that a 1.8 megawatt utility scale wind turbine can produce electrical energy of about 4700 Megawatt hour. Since, the wind turbines are installed in clusters or groups so an average farm of about one hundred turbines can provide power to a town of 100,000 houses.

Although, the installation cost of a wind farm seems large but it is still economical because you don’t have to worry about fuel costs and running expanses.

Biomass generators are a great source of renewable electricity and they are a splendid substitute of coal and oil power plants. The key ingredient of the system is biomass which is basically agricultural wastage, cow dung or wood. There are three methods of producing power using these systems:

The best thing about biomass systems is that it is a cheap source of electricity. Rates are different in different parts of the world, but in America, it costs about $3,000 to $5,000 per kilowatt of electricity which means that the cost of each kWh unit is about $0.08 to $0.15. Compared to large systems, small systems have higher costs and low efficiency.

An interesting fact related to this system is that if you live in a rural or an agricultural area, then this system can be of great help. Your fuel cost will almost be zero because you can get your fuel from your dairy farms, animals or agricultural lands.

The working of a solar panel is simple. Made up of semiconductor element- silicon, the cell has a p conductor and an n conductor. The set of the two along with a junction in between them creates an electric field, such that, when photons (light) are absorbed at p conductor, electricity is produced due to the movement of electrons from p to n conductor. The efficiency of this system is 10%-17%, depending on climatic conditions, which means that an average panel of 20×44 inches can produce a power output of 1-2 kWh during “peak sun hours” on a sunny day.

Though solar panels are thought as an expensive way of producing power, but if they are made using modern techniques like using graphene instead of silicon and that they are produced in bulk, then the electricity produced will be very economical. 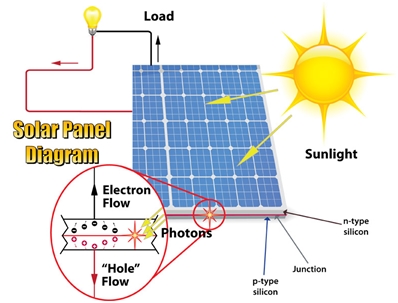 If we compare these projects, we will conclude that wind power projects are best in terms of power output but they are installed in remote areas like coastal strips and the installation cost in somewhat high.

Whereas, the solar panels and biomass fuel cells can easily be installed in homes and can be used to generate small amounts of electricity enough to meet the requirements of household appliances. And, if we go beyond these methods, then petrol and gas powered generators seem like viable options, but their running expanses like fuel costs are quite high.

What’s your opinion on this?