Many people often get confused with the terms Synchronous and Asynchronous motors and what exactly are their applications. That’s exactly why one of the newest members of the Electrical Engineering Community wrote this article. Check it below:

The following information deals with the general working principles of Synchronous and Asynchronous motors, their advantages and where are they normally used and what can be achieved using each of these motors. 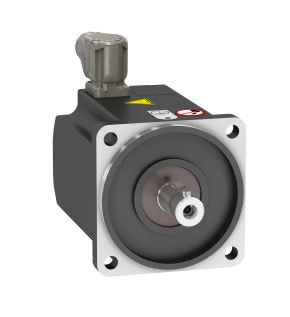 Let us first concentrate on their working principles…

This is a typical AC electrical motor that is capable of producing synchronous speeds. In these motors, both the stator and the rotor rotate at the same speed thus achieving synchronization. The basic working principle is, when the motor is connected to the mains, electricity flows into the stator windings, producing a rotating electromagnetic field. This is in turn induced on to the windings in the rotor which then starts rotating.

An external D.C source is required to lock the rotor’s rotating direction and position with that of the stator. As a result of this interlocking, the motor has either to run synchronously or not run at all.

Over 90% of the motors used in the world are asynchronous motors and they have huge applications all around, in a wide variety of domains. Some of them are:

In conclusion, synchronous motors are only used when low or ultra-low speed performance is required by a machine and that too at desired power factors (both lagging and leading). Whereas, asynchronous motors are predominantly used in most of the rotating or moving machines, such as fans, lifts, grinders, etc.

What did you think about this article? Did this help you?