Last day, D.Ros told us about brushless synchronous motor field exciters. Today, he focuses on motor start-up strategies. Enjoy and ask questions if you have any!

As time goes by and industries keep growing and growing exponentially, motors keep getting larger and sites keep moving further away from the power sources, however, most of the times, power systems can’t keep up with the voracious rhythm of industrial growth. 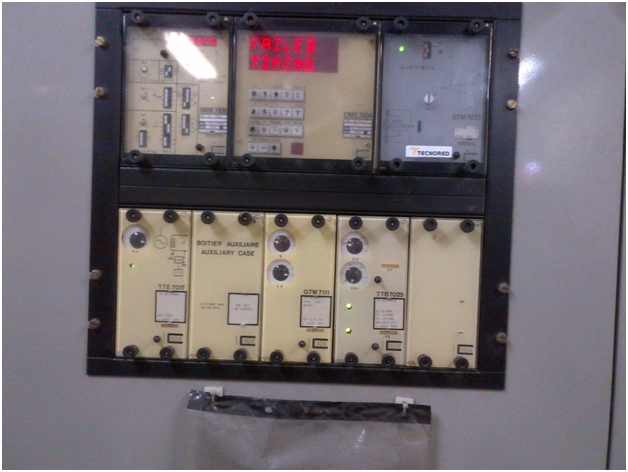 Figure 1: Failed control panel for an assisted starting method of a synchronous motor

When reviewing a motor load addition to a power system, the first make or break issues that pop into mind are: voltage drop and inrush current. As a general thumb rule, the starting requirements should have a 5-10% torque margin over the motor’s starting cycle, with a typical voltage dip of 10-15% at motor bus level and in consequence a maximum voltage drop of less than 3% at the utilities supply point of common coupling.

To satisfy that power system design restrictions, several starting methods allow to reduce the impact to the power system, yet the lighter the impact consequently means the greater capital cost of the technology used to start the motor. 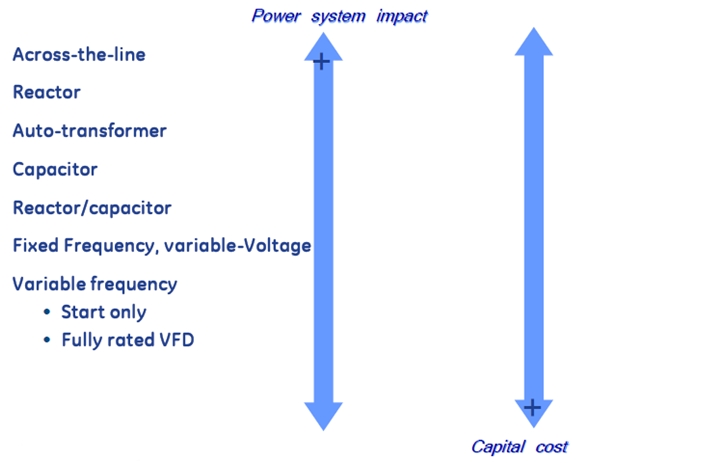 Even a synchronous motor starting across-the-line can be assisted by adding a resistor to the rotor’s circuit in order to have additional start-up torque. The simplest and most cost-effective assisted start-up method uses a three phase reactor in-line with the synchronous motor’s stator’s circuit that is bypassed, by a breaker or contactor, after the motor’s inrush current has been choked. 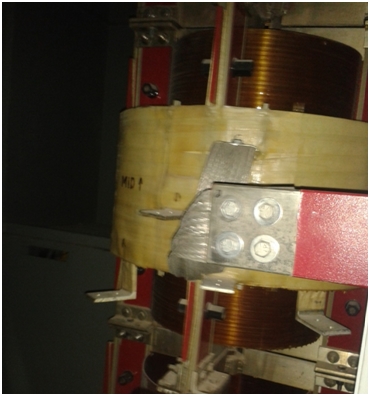 Similar to a reactor assisted start-up, but with a better control over the motor’s inrush current and voltage dip on the power system, an autotransformer offers another stage of current choking. Typically, an autotransformer is set-up to initially use the transformer’s entire ratio, passing current through all of its coils and therefore applying all of its impedance to the motor’s inrush.

This starting method is widely used, however it has a higher capital cost than using a reactor for an assisted start-up, as well, tuning up when to trigger the breakers or contactors of the autotransformer can become a hassle. 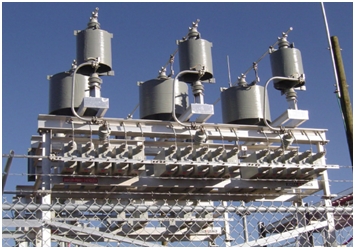 Other more complex methods are using a bank of capacitors that avoids the motor’s bus voltage to drop and therefore restricts the motor from consuming a high inrush current. As well, a mix of reactor plus bank of capacitors assisted start gives a better control of the motor’s impact to the power system; however its higher cost and complexity can become a real nightmare.

Lastly, with the boom of the power electronics era, soft starters of variable voltage and fixed frequency known as load commutated inverter (LCI) or variable frequency drives (VFD) have become alternatives for delicate applications where the synchronous motor’s impact to the power system is critical; mostly used only by industries driven by their own generated power. 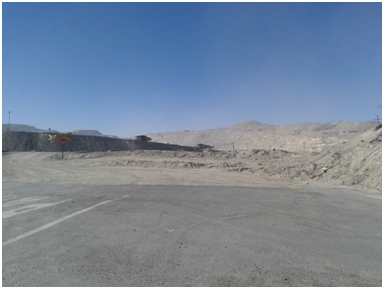 Great, thank you D.Ros! Do you have questions to ask him or any remark?