A coordinated motor working on direct current and operating without the employment of brushes is the one which is commonly known as brushless DC motor or BLDC motor.

The operation of this motor is based on electronic commutation with the help of a controller. 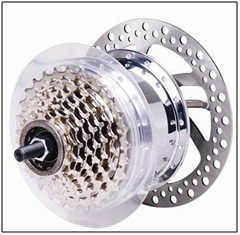 An electronic six step commutation system is the basis of operation of BLDC motor. No carbon brushes are employed unlike those used in the brush DC motor.

The torque being generated in the motor is due to the permanent magnets which are encased with the electromagnets remaining stationary attached to the armature.

Stator and the magnetic field co-ordinate with each other at the same frequency and so no phenomenon of “slip” is produced.

The feedback and drive devices used in the six-step commutation are both easy and cost effective making electronic commutation less expensive. The brushless DC motor windings used in this method are only two out of the total three.

The motor has only a single current path due to which the current can be easily controlled by a single 360 degree loop. High speed and commutation requiring devices work best with the six-step commutation.

The torque frequency produced of this motor is also less than that produced by the sine-wave commutated motor. 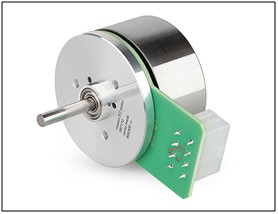 Brush DC motor, majority cases, works on a mechanical commutated system while the brushless version of the motor has an electronic brushless DC controller which can also be called Driver or Electronic Speed Controller.

The rotor is located using a Hall Effect Sensor or by using Back Electromotive Force (EMF) which is necessary in order to control the coordination better.

In the Hall Sensor Effect, three hall sensors are present helping in the localization of the brushless DC motor in which they are fitted in. Detection of speed, position, current sensing and proximity switching are the main focus areas of this method.

Transducer varies and along with it the output current and the magnetic field get affected. Direct return of the voltage acts as the feedback and this so happens because the sensor functions like an analogue transducer.

Using a group of sensors calculation regarding the distance between the Hall plate and a known magnetic field can be made possible and so the position of the magnet can be known. Hall sensor is also known to play the role of on/off switch coupled with circuitry, in case of a digital mode.

Alternating electromagnetic field results in the production of back EMF or counter electromotive force. In a brushless DC motor, the voltage which is produced due to the motion of the external magnetic field and the armature of the motor is called the back EMF. It can also be described as the production of voltage in an inducer because of changing or pulsating current.

This can also be counted as an indirect method to know about the position and speed of the motor. It is also called the sensorless controller as it has no Hall sensors present in the controller. 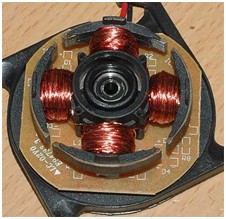 To choose the best brushless DC motor it is important to know about the applications of the motor which include the torque, speed, size, power, length and many more.

The controller is also a very important part to consider as this greatly affects the functioning of the motor.

Last but not the least important factor is the environment.

Some devices which function in a harsh and damp environment demand motor of a specific IP rating to be installed for proper functioning.

A lot of modifications and up-gradations have been made in the material and design of the brushless DC motor which has resulted in their decreased prices. It has displayed several plus points when compared to the brush DC motor.

The advantages of brushless DC motor can be summarized into:

BLDC motor has a greater lifespan. If the motor is used as per the provided specification the life is increased up to 20,000 operating hours which can be decreased in an opposite situation.