You all know that our faithful community member Steven Mill loves telling us about new technologies. Well this time let him tell you about LEDs…

With the world embarked on a journey to continuous advancements, researchers and scientists around the globe are equally braced up to cater the needs of latest technological expeditions. Through continuous effort, development and research, it has become the manifesto of almost every physicist to bring latest technology in the most portable and conveniently used form to the general population.

Development of amazing single molecule LED’s are a part of the same facilitative project.

What is a LED?

A LED is basically a semiconductor designed in such a way that it has two leads. The distinguishing feature that makes LED stand out from other technically designed semi-conductors is the fact that it emits light. This explains why LEDs are called as light- emitting diodes.

It is also worth mentioning that diodes are specialized electronic components devised in which one lead is anode while the other is known as cathode. Anode serves as the positive terminal whereas cathode is the negative terminal to the diode. 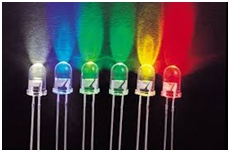 How does a LED works?

Working of LED is of great interest. These diodes are deigned in such a way that when electric voltage is applied to them light is emitted. Once the voltage has been applied, energy is released in the form of photons. Light color we see are usually corresponding to the photon energy. This whole process in Physics is known as ‘electroluminescence’.

LEDs come in different forms and colors and are usually manufactured in such a way that semiconductors are placed in diffused cases.

Almost every physicist linked to the domain electrical technology is keenly interested in creating such a technology that could be shrunk to the smallest size and is yet deemed useable. Researchers and engineers obsessed with the phenomenon of light are also no way behind in this concept and have come up with the development of such light emitting diodes (LED) that are based on a single molecule. 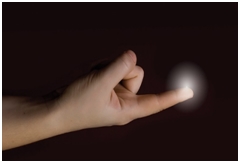 Dedicated team of scientists at University of Strasbourg, France has succeeded in making a single molecule LED. These scientist have made use of a polythiophene wire to construct a relatively new and productive model for LED:

Polythiophene is an incredible conductor of electricity and is currently being used in the making of LEDs already available in the market. Experiment devised for making single molecule LED comprised of a tunneling microscope, polythiophene wire and a gold surface. One end of the wire was attached to the microscope while the other end was tied with a golden surface. When current was passed through the wire, polythiophene wire acted as a diode and emitted light.

Along with this, another important finding of the study was that light emitted only when current was passed in a direction from microscope to gold surface. Researches and further experimentation are underway to validate these finding and bring about a permanent and stable single molecule LED. 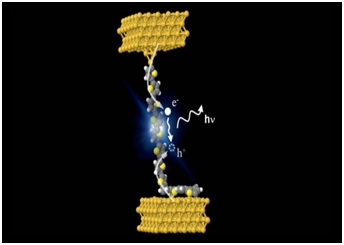 Moreover, they are flexible and bendable which ensures their easy installment in every place. Organic LEDs have also been developed that makes them environment friendly by making best use of organic products in manufacturing them. LEDs are energy efficient and less costly. 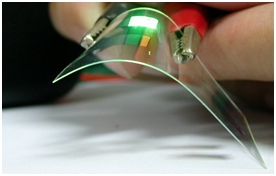 Application of LEDs in daily life

Regardless of their tiny structure, LEDs can be deemed heart of all machinery. They have wide-ranging implications, some of which are as follows: 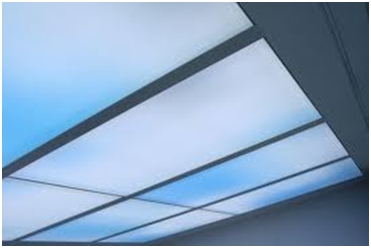 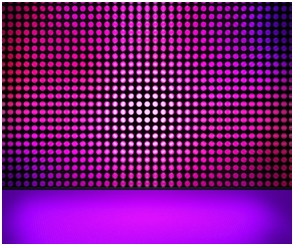 LEDs are indeed a very productive and well-arranged form of semiconductors. Experiments done with making these devices more useful are highly commendable. However, researchers should improvise their research in such a way that along with being of maximum benefit to mankind, it is affordable as well.

What do you think of LEDs? Give me your impressions!