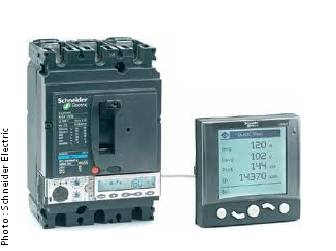 The current trend: intelligent buildings are currently undergoing a long awaited convergence movement. In other words, the many low-current networks, which were previously independent of one another, are merging into an Ethernet standard, where communication, security and technical management functions (digital display, public-address system, video surveillance, access control, fire protection, anti-intrusion alarms, lighting management, HVAC, elevators management… ) within the building or infrastructure are concerned. Though, the convergence movement is not new; its beginning goes back to the 80’s and 90’s, today it is speeding up strongly and one consequence is that electrical switchboard connectivity becomes a must.

The power of Internet Protocol

Internet Protocol (IP) is certainly the cornerstone of this convergence. It permits to attribute to any device a precise and single address and connect it to the network in order to exchange data. Very widespread at the beginning in data transmission on Ethernet network in IT, it has been deployed then to telephone transmissions with the IPBX. The novelty now is the transition from proprietary protocols to Internet Protocol on twisted pair for building automation services.

Electrical switchboard connected to the networks 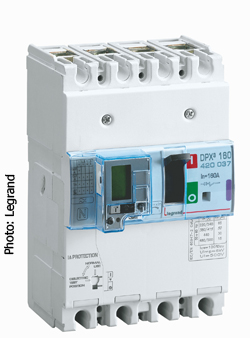 Convergence movement, IP connectivity of electrical components and the boom of related services imply a strong link between the electrical switchboard and the communications network. The first power components to have Ethernet connectivity or even an onboard web server are circuit breakers and variable speed drives. Manufacturers aim now to generalize this connectivity. That is for many reasons.  Firstly, the possibility to make a remote maintenance, or at least, to be informed more precisely about a situation before going to site in case of a fault. Then, the possibility of making current or voltage measurements permits to detect abnormal behavior or deviations. Timestamped events analysis allows to better understand accident the causes of a sinister. Furthermore, this communications link opens the way to real time power and consumption measurement. This is an asset for load management to lead an energy saving strategy, or why not a load shedding strategy. Finally, remote control allows to modify parameters or to update software without being physically besides the switchboard.

Equipped with a single RJ45 connector, structured cabling allows currently up to 10 gigabits/s of throughputs and more for applications that need a stronger volume of data transfer (such as video). But today, most applications work perfectly with existing lower transfer capacities.

Moreover, we must underline the way in which cabling is now distributed in the building. The goal for the future: making this more modular, denser, and preconfigured to be used as an interface with all types of IP equipments.

Power over Ethernet (PoE): Power supply through a twisted pair

Twisted pair cabling, dedicated to data exchange, allows conveying a power of 24W under 48V, delivered to the connected equipment. All included in the single RJ45 connector. Named PoE (Power over Ethernet), this technology is already being prepared for stronger power, but probably won’t exceed 100W.

Main interest: to avoid installation of an extra power line to supply devices connected to the network, in particular when it is distant from a power plug (camera, sensor…). This electrical supply principle could influence the layout and the number of electrical distribution circuits. It is also interesting to note that the data network switching bay becomes a compulsory “passage” for those power supplies, and must integrate power injection units on these twisted pairs.