Would it not be better that your mobile or laptop gets charged without the use of wires? True that it may be the dream of many people especially those who come under the “lazy people” category. But apart from this fact, the wireless power transmission can be loads better than the use of wires. 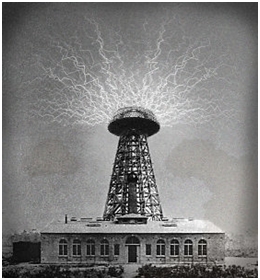 Wires can be a real messy job if not arranged properly. They may get entangled and lead to various problems. Like you may be disconnecting one appliance but accidently disconnect another because the wires are so much mixed that it is difficult to distinguish between the two wire sources. This may not be a problem at times but at others it can lead to huge errors and mistakes.

Luxury and comfort is what we people seek nowadays. Use of wireless power transmission is another means of providing us with ease. There are many appliances in our use today which employ this technology. Examples include the electric wire-free toothbrushes that we use or the wire-less mobile adapters that have recently emerged the surface.

One might be of the view that this is a recently introduced concept but on studying its history it is revealed that this concept is as old as 1901. Nicola Tesla was the first person to talk about wireless power transmission. At that time due to limited funds he was unable to however demonstrate it. But the concept never vanished and has re-emerged.

Power can be transmitted wirelessly in three ways:

Radio Waves: These waves have been found able to transmit milli-watts of power up to a distance of 15 meters. This technology is now being employed to recharge small portable devices which include mobile phones and laptops.

Lasers: The use of laser technology to transmit power wirelessly has so far shown only 15% efficacy. Beams of laser are targeted on photocells which convert the light energy into electrical energy and thus power is produced. So far the application of this means stretches as far as lamps and speakers.

Efforts are being continuously made to increase the efficiency up to 50% so that bigger devices like laptops & household appliances could also be charged using this technology. The only drawback of the use of this technology is that it cannot operate over long distances. The range for the efficiency of this means is thus limited. 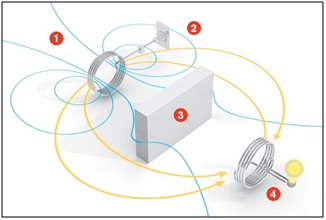 Magnetic Induction: Both radio waves and lasers have applications only for the devices that require small amounts of power to operate. What about those requiring larger amounts of electricity. For such devices magnetic induction is used to transmit the power without using wires.

Although a large amount of power is generated using this method but still the issue of distance stands in this case too. The magnetic field is only operational within a certain diameter. The power loss during such a transmission is as much as 30%.

Magnetic induction method is the most widely used method for the transmission of power. One drawback of this method is that the magnetic field is produced in all directions of the coil and is not just concentrated towards one device. To overcome this point the knowledge of resonance is being implied.

This technology has been named as the non-radiative energy transfer and involves the presence of stationary fields around the coils in question in comparison to those whose energy spreads in all directions. This technology has been found better as chances of loss of energy in this method are less as compared to previous methods. 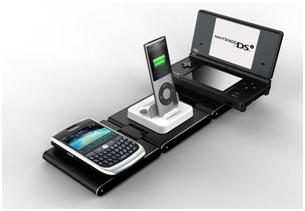 In 2009 news was published that the wireless power transmission technology is being employed at a number of places and is gaining popularity fast. A company named Fulton has shown that the wireless power transmission technology is workable. They have named their technology as “ECoupled”. This technology employs the use of circuit boards and coils to transmit the power by the use of magnetic field. The coils being used are however bigger than the distance that is required to be travelled by the power.

Using the tech of “highly coupled magnetic resonance” another company has shown that power transmission over greater distances and greater power consuming devices is possible. Using their technology an LCD TV in a hotel is being run without use of wires.

Although this technology is being looked forward to by many people but there are still some reservations to be settled before this tech is widely applied to applications. Like there is no knowledge so far that how increased exposure to magnetic field can affect.

Another issue to be resolved yet is the efficiency of the process. With the current stats much favor is not turned towards this tech and huge amounts of improvement are still required before it is applied at mass level.

So what do you think? Is wireless Power Transmission a Myth or Reality?