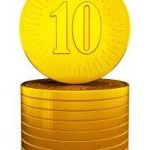 You all really liked the top 10 articles serie we’ve been sharing lately. So we’re providing you more!

Remember you also can send this kind of articles or any other types (eletrical topic, debate, review, personal experience, showing your work etc.) by mail

Most of the complaints that get registered about the damage of electrical equipment state that, “the equipment failed after power interruption.” But what might have caused these power interruptions? Lightening? Voltage swells? Or switching transients?

Sometimes the reasons behind power interruptions are quite obvious and sometimes, they are not. There are many known and unknown reasons that lead to equipment failure following power interruptions. Following reasons occupy top 10 positions in such list: 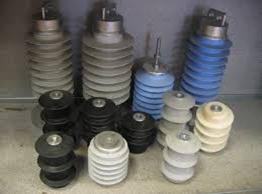 Most common reason for electrical equipment to fail during voltage spikes is failure of surge arresters. This has become common with large systems such as electrical transmission lines to small equipment, such as computers.

Placing surge arresters at important places such as service entrance, as well as at every sensitive load, can minimize overvoltage problems.

Most of the electrical equipment, irrespective of its size, is prone to fail when a lightning strikes. The high voltages induced into the equipment’s primary, during these strikes, can cause extensive damages to the equipment. 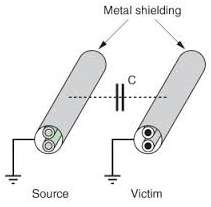 As we have read in the previous articles, grounding is one of the most important things to consider if one wants to protect their electrical equipment.

Certain reclose methods and switching transients are capable of inducing high voltage on the primary winding, allowing it to couple capacitively through the transformer.

This in turn can produce a short pulse on the secondary winding, which might lead to a winding damage and causing equipment to fail. 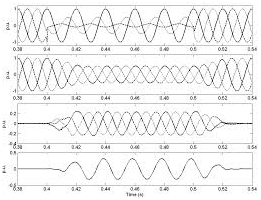 In rush current is generally produced in the equipments after power interruptions. This occurs when the system is trying to recover from the voltage sag and a sudden hike in voltage occurs.

The inrush current produced at such times is capable of blowing fuses away and sometimes can also damage sensitive semi-conductors in electronic devices.

When a single-phase sag occurs in an electrical equipment that runs on a three-phase system, such as variable-speed drives, the equipment is prone to attract more voltage than what is generally required (while operating normally).

This can eventually blow-up the fuses and can also end-up damaging expensive front-end electronics.

Aging is another important reason that can cause the equipment to fail after power interruptions.

Overvoltage can be inducted into the primary and the secondary windings of electrical equipment, when the primary, or the secondary, or both, come into contact with high voltage lines.

Voltage swells normally occur after a fault current is induced in the system due to power interruptions that are generally caused by lightning strikes or poor grounding arrangements.

Voltage swells are generally not very severe but are still capable of damaging sensitive electronic components in the electrical equipment.

This is the least electrical equipment damaging factor and is produced due to switching transients. But, at its peak, it can still damage the most sensitive electronic components of the equipment.

Hence, in order to avoid damages to electrical equipment due to overvoltage, following proper grounding techniques and installing surge arresters, that have best energy absorbing capabilities at appropriate places, is very important.

What did you think about this top 10? Do you have other reasons to add?