Part 1 was about pure electricity, now discover the other causes which are quite surprising! 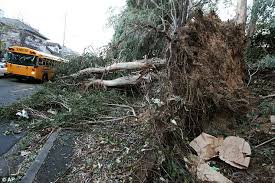 Trees that grow very near to the electric poles can pose a lot of threats. They can fall on vital electrical erections during heavy storms, drop branches on conductors, couple two conductors together and can also provide access to various animals that can cause disturbances to the power supply.

This is the reason why most power distribution companies invest a lot of time and money in trimming dangerous trees as a part of preventive maintenance.

When a wet tree branch connects two conductors, current flows for one conductor the other, through the branch slowly.

Power disturbances due to tree contact can be reduced by using tree wires instead of normal cables. However, the best solution to avoid electric poles from tree contact is, “trimming the trees,” in a timely manner.

Most of the animal faults on the transmission lines and substations that are air-insulated are caused due to birds. Depending on the type of bird and the problem it causes, bird faults are classified into: 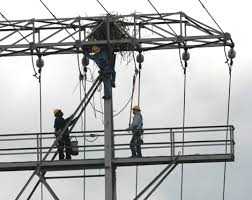 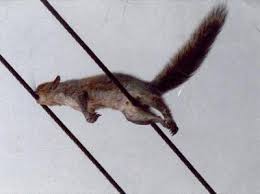 Squirrels can cause major upsets as far as the reliability of a power system is concerned. These upsets are even more in woods and places where there are a lot trees.

Squirrels are known not only for leaping on to the electric poles, but chewing on the transmission lines, forming a bridge between the phase conductors and earth.

These problems can be represented by cutting down the trees that are in a close proximity to the utility pole. Installation of animal guards onto the transmission lines can also considerably reduce the problems caused by squirrels. 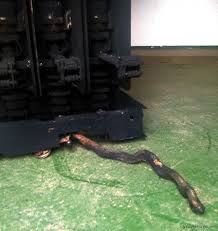 Snakes can also cause major upsets in substations as well as underground cables. This is because they squeeze their way out through tight spaces and can climb most structures with ease. They climb on to the poles in search of food like birds and mice.

The real concern about these snakes is their length. They can easily bridge two conductors leading to short-circuits and subsequently, power failures.

Snakes can be kept at bay by driving away their food (birds and mice) from the substations and underground systems. Snakes can also be avoided by installing specially designed “snake fences” in and around the utility poles. 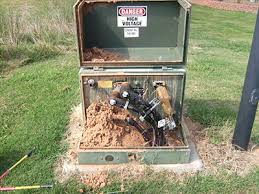 Fire ants can also be responsible for some serious power outages. They build their homes in critical places such as pad mount equipment. The materials used to build their nests can degrade the dielectric strength of an insulating system by eating away the insulating material.

It can be a challenge for the power utility personnel to locate and destroy these nests, before the actual damage is done.

Regular preventive maintenance of pad mount equipment should be undertaken. Effective insecticides should be sprayed at regular intervals to prevent fire ants from building nests inside critical electrical equipment. 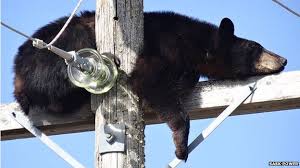 Large animals can compromise the integrity of the structure of the utility poles by rubbing onto them, scratching and thus, weakening the wooden electric poles (in case of bears), etc. Black bears even tend to climb the wooden poles and often destroy transmission cables causing indefinite power outages.

Solution: using strong utility poles made of steel near wooded areas can prove to an effective solution to tackle this problem. 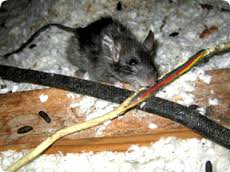 Small animals such as rats, gophers and mice can often question the reliability of a power distribution system by chewing down the underground as well as exterior power cable’s insulation.

Rodents are the most common cause for the failure of underground cables and even worse, they attract even bigger dangers in the form of snakes.

Solution: installing anti-rodent devices and fences can reduce rodent invasions on underground cables to some extent.

In conclusion, I would like to say that, the reliability of a power utility company not only depends on its personnel, but also on the external factors as mentioned above, which cannot be exactly controlled.

To put it simple, the reliability of a distributed power system (especially, in the domestic sector) to a large extent, depends on the preventive maintenance measures being undertaken on a regular basis.

What did you think about part 2?