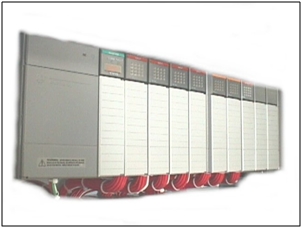 Many electrochemical processes have been automated using digital computers known as a Programmable Logic Controller or Programmable Controller (PLC). Examples of such processes include automatic controlling of machinery installed at factory assembly lines, amusement rides, light fixtures and many others.

Allen-Bradley, Rockwell Automation has registered “Programmable Logic Controller” as its trademarks. This technology is being used for machinery operation as well as in the industry.

PLC has been designed to bear numerous inputs and output activities at the same time, diverse range of changes in the temperature, protection from electrical noise and vibration and their impact. The non-volatile or battery-backed-up memory is the storage point of programs used to control operation of machine. PLC is a type of hard real time system. This is so because the output produced is done so owing to the various inputs that the computer receives and also it is very important that the output be generated within the specified time which is usually very short. If this is not done as such and the output generation exceeds the time appointed then favorable results will not be produced leading to malfunction in the machine operation.

If we trust online sources, a total of 80% of the controllers are sold by top 7 companies of the world and the contribution that each company has would be as below:

Some other companies which have application in various industries along with their positive and negative factors are being accumulated in the list mentioned below.

Present times immensely require the usage of such digital technology as it helps save both time and money.

This article is based on an inquiry about the top most used PLC Systems in each part of the globe. What do you think? Is it still true/relevant today? Which PLCs do you personally use?