It’s Good to have in mind practical aspects: case of a low voltage  switchboard To achieve the effective installation of the surge protection, the surge arrester’s connections to the grid should be as short as possible. Any cable crossed by a lightning impulse current has a significant voltage to be added to the Surge Protection Device (SPD) residual voltage.

A copper cable with a length L1 + L2 + L3 = 1 meter crossed by a lightning impulse current = 10 kA during 10 microseconds has roughly 1000V between its two ends. This voltage is added at the SPD protection level and its protective device (eg 1800V) so this is 2800V that “sees” the sensitive electrical equipment

In this case, the sensitive equipment is destroyed because its voltage withstand shocks does not exceed 2500V. 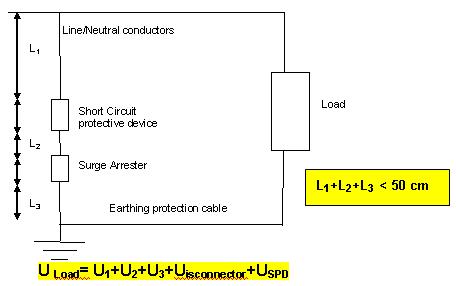 The solution consists in reducing the length of the cables like this (Figure 2):

– L2 reduction: install the protective device over the surge arrester. The most effective solution is to use a surge arrester with an integrated short circuit protection device (L2 = 0) 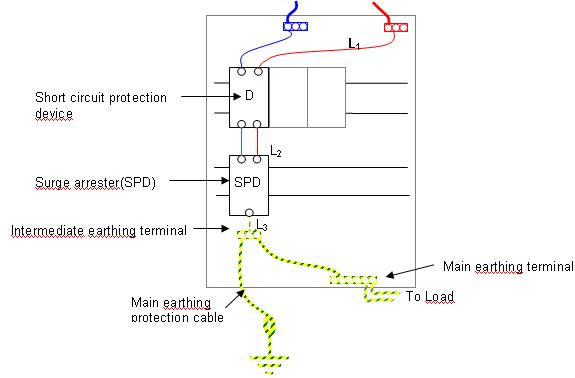