One of our fellow member of the EEC sent us this article few days ago. Remember you can do the same and talk about whatever you want, even yourself!

What is a transformer?

Transformers are devices that change (transform) the voltage of power supplied to meet the individuals needs of power consumers. It uses the principle of electromagnetic induction to change the voltage (alternating difference) from one value to another whether smaller or greater.

A transformer is made of a soft iron coil with two other coils wound around it, but not connected with one another. The iron coils can either be arranged on top of another or be wound on separate limps of the iron core.

A common case of step-down application is in the case of door bells. Normally, door bells use 16 volts, but most household power circuits carry 110-120 volts. Therefore, the doorbell’s step-down transformer receives the 110 volts and reduces it to lower voltage before supplying it to the doorbell.

Step-down transformers are mostly used to convert the 220 volts electricity to the 110 volts required in most domestic equipment. 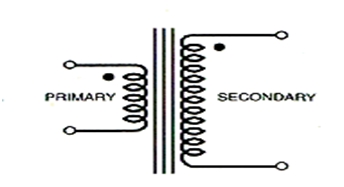 Tip: The type of metal winding used is one of the considerations used in determining the efficiency of transformers. Copper coils are more efficient than many other coil metal choices such as aluminum. However, copper windings tend to cost more, but you can expect to save the initial cost over time as the efficiency of the material will save on electrical cost.

How did you find your fellow member first attempt? Leave your impressions.