New article from Manish, one of the members of the EEC! In his last article he told you about Miniature Circuit Breakers (MCBs). Today he will take a look at another important type of circuit breaker called Residual Current Circuit Breaker (RCCB).

Residual Current Circuit Breakers are aimed at protecting an individual from the risks of electrical shocks, electrocution and fires that are caused due to faulty wiring or earth faults.

RCCB is particularly useful in situations where there is a sudden earth fault occurring in the circuit.

e.g. A person accidentally comes in contact with an open live wire in the circuit.

In such situation, in absence of an RCCB in the circuit, an earth fault may occur and the person is at the risk of receiving an electrical shock.

However, if the same circuit is protected with RCCB, it will trip the circuit in fraction of a second thus preventing the person from receiving an electrical shock. Therefore, it is a good and safe practice to install RCCB in your electrical circuit.

How does it Protect?

As explained above, RCCB is meant for protection from earth faults and associated risk to human life such as electrical shocks.

The underlying fundamental principle behind operation of RCCB is that in ideal situations the current flowing in to the circuit through live (hot) wire should be same as the returning current from the neutral.

In case of an earth fault, the current finds a passage to earth through accidental means (such as accidental contact with an open wire etc.). As a result the returning current from neutral is reduced. This differential in the current is also known as “Residual Current”.

RCCB is designed such way that it continuously senses and compares for difference (residual current value) in current values between the live and neutral wires. Any small change in the current value on account of such event would trigger the RCCB to trip off the circuit. 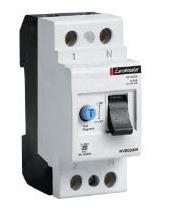 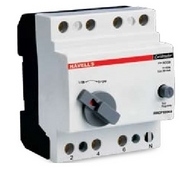 RCCB is primarily designed for protection from earth fault and its consequence to human life such as electrical shocks.

As per studies, a person is able to sustain electrical shocks only to the magnitude of 30 mA.
Thus, RCCBs in low voltage protection are designed such a way that they will trip off the circuit even for small change in residual current value of up to 30 mA. The response time is usually within 40 mSec, thus ensuring that the person is fully protected from electrical shocks at all times.

Higher values of 300 mA are used in cases where a protection from fire hazard is sought. This is useful in places where a lot of flammable material is stored.

RCCB is an essential protective device in your electrical circuit that helps to prevent electrical hazards in cases of earth faults. A properly set RCCB will ensure that there is no fatal injury caused to human being in case of an accidental touch to live wires.

What more can you say about this kid of Circuit Breaker?